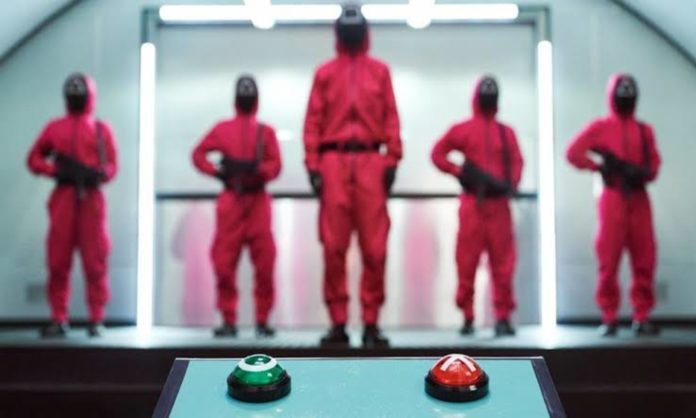 Netflix released Squid Game as a Netflix original last year. The hit series managed to break records within the first few days and became one of the largest streaming series on Netflix. Soon after the series went viral for its buzz-worthy storyline, killer games, and the mystery of the frontman, everyone started wondering whether we would get a season 2?

Finally, the cat is out of the bag, and the second season of Squid Game is about to hit our screens, as confirmed by the streaming giant.

Netflix released a small clip of a creepy Red light – Green light game doll. Giving a green signal to the release of season 2. While the storyline is still under wraps, it is safe to say that some of our favorite characters are back. However, we only have one question on our minds, Is the second season going to be as horrific as the first one?

Squid Game is officially coming back for Season 2! pic.twitter.com/4usO2Zld39

Writer’s Message To The Fans

The writer, director, and producer of the hit Netflix original Squid Game, Hwang Dong-Hyuk, shared a special message for the series fans ahead of the release of season 2.

“A whole new round is coming. It took 12 years to bring the first season of ‘Squid Game’ to life last year. But it took 12 days for Squid Game to become the most popular Netflix series ever. As the writer, director, and producer of the Squid Game, a huge shout out to fans around the world. Thank you for watching and loving our show. And now Gi-hun returns, the frontman returns, and season 2 is coming. The man in the suit with ddakji might be back. You will also be introduced to Young-hee’s boyfriend, cheol-su. Join us once more for a whole new round.

Hwang Dong-Hyuk writer, director, producer, and creator of @squidgame has a message for the fans: pic.twitter.com/DxF0AS5tMM

The Fans Are excited

The fans of the hit Netflix series are over the moon with the news of the second season’s release. While some can’t help but wait for its release, others shared the theories regarding season 2.

Let's go omg finally!!!! Season 1 was among the best TV I have ever watched.

Meanwhile, some fans aren’t amused with the news as they think the first season is and will always be the best one ever.

And the user got a great response from a Stranger Things fan, and it seems like we should be looking forward to season 2.

Idk it could be like Stranger Things and keep getting better

Meanwhile, one user wrote that they want the police officer back. The last season left us on a cliffhanger as the gun was pointed toward him by the frontman followed by the noise of a shot. Did he survive? Is he coming back? This is the biggest mystery of all.

we want him back, we need that brotherly storyline pic.twitter.com/EbvGNKcxV1

What are your thoughts regarding season 2? Let us know in the comments below.

Read More: The Trailer Of Quaid-e-Azam Zindabad Is Out & The Movie Looks Promising