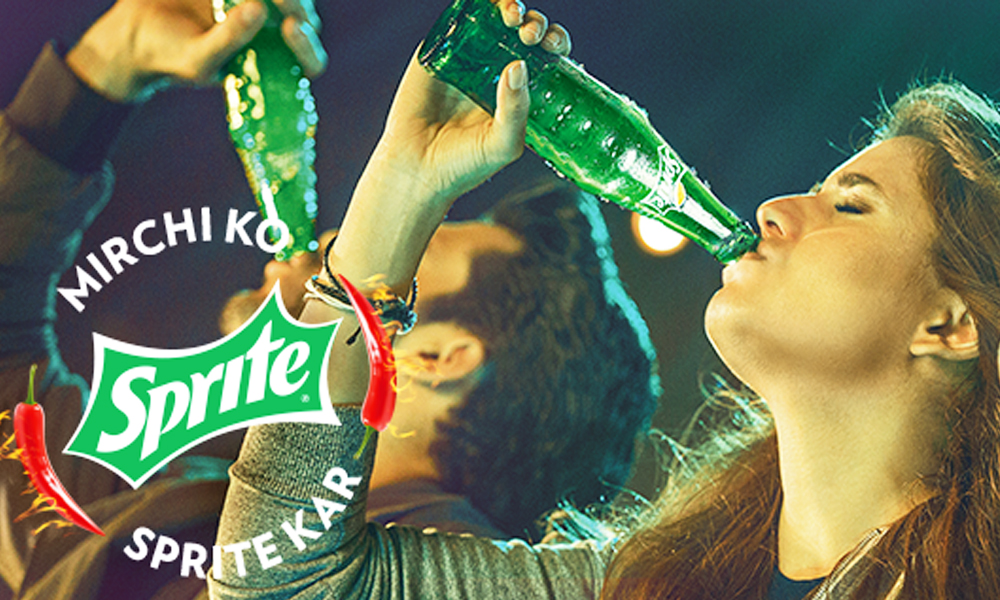 The girl with a nightingale voice, Momina Mustehsan has just appeared in Sprite’s latest adventure filled TVC. The hype created by the beverage brand involving the singer was well received and #MirchiKoSpriteKar was trending on Twitter and Facebook.

However, after the ad’s release, a lot of people feel that the TVC did not live up to the buzz that was created prior to its release!

Sprite touted Momina Mustehsan in a never seen before avatar!

The ad has an energetic vibe to it, following an adventurous and sporty theme with a peppy playback. Sprite, as usual,  has shown the same connection of delicious spicy food with the beverage at every point throughout the commercial.

Twitterati posted their opinions on the advert. Some appreciated the ad calling it a good move towards empowering women with the ‘galli hai apni, apna zor’ tagline being used in the ad. Meanwhile, a few did not find the connection between the singer and Sprite convincing enough, for her to be the brand’s new face.

#MirchiKoSpriteKar being loved by enthusiasts online, here’s what they had to say:

Love the wave of feminism and empowerment and reflection of that in ads and campaigns! #MirchiKoSpriteKar #BreakTheRules

#MirchiKoSpriteKar good going sprite! U nail it every time 👍

Who else gets TEMPTED to have Pakistani BBQ and that chicken karahi after watching #Sprite ad?

ME. EVERY DAMN TIME. #MirchiKoSpriteKar

Here’s what these Twitterati think went wrong with the latest advert!

For an ad related to sports u need someone athletic @MominaMustehsan looks so uncomfortable and zero athletic. @Sprite_pk #MirchiKoSpriteKar

Apart from Momina Mustehsan there was nothing new in this Sprite advertisement.

It's too much! Pathetic #MirchiKoSpriteKar

#sprite you made all the previous adds much better than this one..This could have been more better but #MirchiKoSpriteKar

To be honestly the worst sprite ad ever Momina looks so uncomfortable ,zero athleticism and non desi. @SpritePK #MirchiKoSpriteKar

Do you think Momina Mustehsan was the right choice for the latest Sprite TVC? Let us know in the comments below.