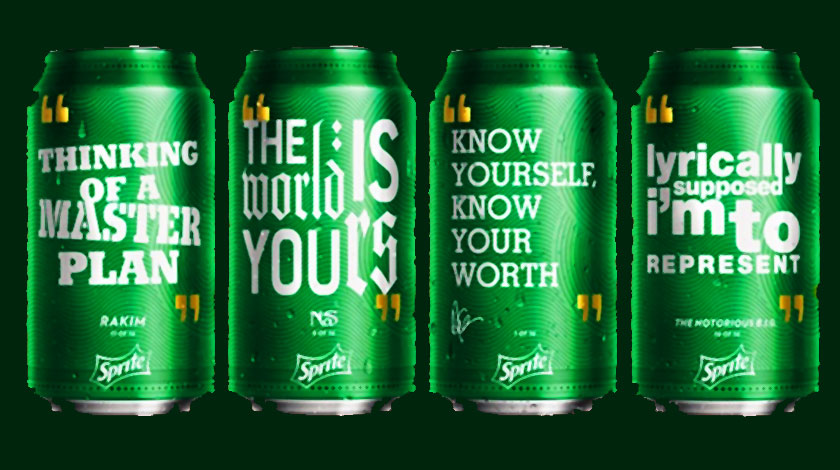 After the awesome response of Drake’s commercial in 2014, Sprite is now locked and loaded to launch its rap printed cans.

The association of rap (somewhat the hip-hop style) with the brand dates back to 1986. Starting with a ‘Kurtis Blow for Sprite’ campaign, the company is now ready with an add-on. This summer Sprite is releasing 16 limited-edition cans, each designed with a unique inspirational rap verse.

The campaign will feature the famed and renowned artists including Drake, Nas, The Notorious B.I.G. and Rakim. According to a news release, these rappers were chosen because they are all “celebrated for honest self-expression and being true to themselves”.

The multi-talented, king of rappers, Nasir bin Olu Dara Jones, popularly known as NAS, described his enthusiasm for the project by saying, “Legacy means everything to me.  When I wrote these lyrics, I never imagined my fans would someday have the opportunity to enjoy a can of Sprite and experience my art in a totally original way.”

Have a look at the soon to be seen lyrics on your sprite cans!

Sprite is all ready to spread the high spirits!

Best of luck to the Sprite Team