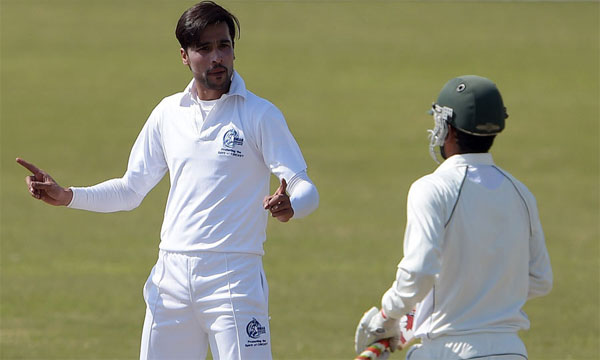 Fast bowler Mohammad Amir has been named in Pakistan’s Test squad to face England in a four-match series starting next month, six years after he received a spot-fixing ban against the same opponents.

The 24-year-old, who also served a custodial sentence for the offence, is expected to receive his British visa in the next couple of days following a special request for leniency from the Pakistan Cricket Board. Amir along with then-Pakistan captain Salman Butt and new-ball partner Mohammad Asif, were found guilty of arranging deliberate no-balls in return for money during the Lord’s Test against England in August 2010.

In addition to receiving custodial sentences, all three players were banned for five years.

Since returning from his suspension last September Amir has been a regular feature in Pakistan’s one-day and Twenty20 sides but has yet to make his return to Tests.

His good form makes him an automatic choice for the team. Barring any visa problem or injury he is set to open the bowling for Pakistan when they take the field for the first Test on July 14 at Lord’s — the same venue where he committed his offence six years earlier.

“Amir is expected to get visa in the next couple of days and (Mohammad) Hafeez is also cleared by medical staff so we have included him,” Inzamam told a press conference.

The Test squad will be led by Misbah-ul-Haq, who took on the captaincy in October 2010, a few months after the spot-fixing scandal.

Opener Hafeez was selected subject to his full recovery from a knee injury sustained two months ago, with selectors deciding to include him after team medics said he would regain fitness in the next few days.

Regular opener Ahmed Shehzad was not selected over disciplinary problems, leaving the opening positions to the inexperienced left-handed pair of Shan Masood, who has played seven Tests, and Sami Aslam, who has played one.

Aslam, 20, however, starred against England during a Pakistan junior team tour in 2013, when he hit three centuries.

Pakistan’s batting will also be tested but the experienced Younis Khan — who toured England in 2001 and 2006 — will be their mainstay.

Besides Younis, Azhar Ali and Hafeez are the only two who have played previously played Tests in England before.

Wahab Riaz, Rahat Ali, Sohail Khan and Imran Khan will round out the pace attack while leg spinner Yasir Shah and left-armer Zulfiqar Babar are the two spinners.

The squads for five one-day internationals and a single Twenty20 will be announced later.

The team are likely to leave for the tour on June 18 and hold a training camp in Hampshire before their first match against Somerset starting on July 5 and another against Sussex from July 8.