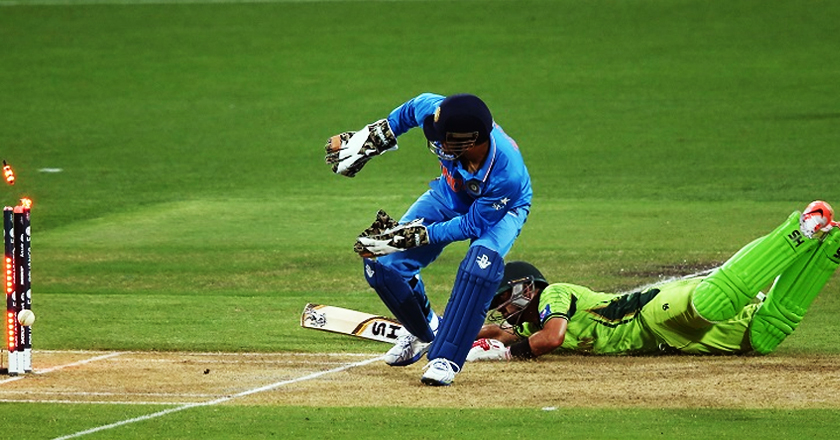 So many of our nation’s hopes and dreams rested on the shoulders of the eleven men from all parts of the country, uniting to raise the flag of the country on the grandest stage Cricket has to offer.

Misbah-ul-Haq, in the shadow of the cricket legends and former Pakistani captains, Imran Khan and Wasim Akram, has inherited a young squad that has not only failed to perform in the World Cup, but has also broken many Pakistani hearts in the process.

The Pakistani nation, that has so often backed the team during its toughest times, it seems, has turned its back on the cricket team after the Green Shaheens suffered two very damaging defeats against arch-rivals India, and the West Indies in their first two Pool B matches.

Perhaps the result is not what has got the nation worrying, but it is the toothless performance of the entire team during those defeats that has made for some heated discussions between cricketing experts and sporting personnel on live television. Pakistan, who was one of the favorites to qualify to the knock-out stages of the competition before the tournament started, now lies bottom of the group for having the worst run-rate, after the first two matches.

Ireland, with a comprehensive victory over West Indies, are the surprise package, and are also one of the favorites to qualify to the next round. Even the rookies from UAE, despite losing their two matches, have showed more fighting spirit than the Pakistani team.

Pakistan faces Zimbabwe in its next Pool B match on March 1, 2015. (The match starts at 8.00AM Pakistan Standard Time, and can be seen exclusively on PTV Sports).

The team faces an uphill task to turn its fortunes around, needing the other teams’ results to go their way, while winning the rest of its four games comprehensively, in order to have any chance of making it into the quarter finals of the tournament.

Yet, we remain hopeful and utterly optimistic.

Why? Because the Pakistani team is capable of beating any given opposition on its day, and has known to perform brilliantly when it has it’s back firmly against the wall. Let’s just wait and pray and see how our boys play in their remaining games.