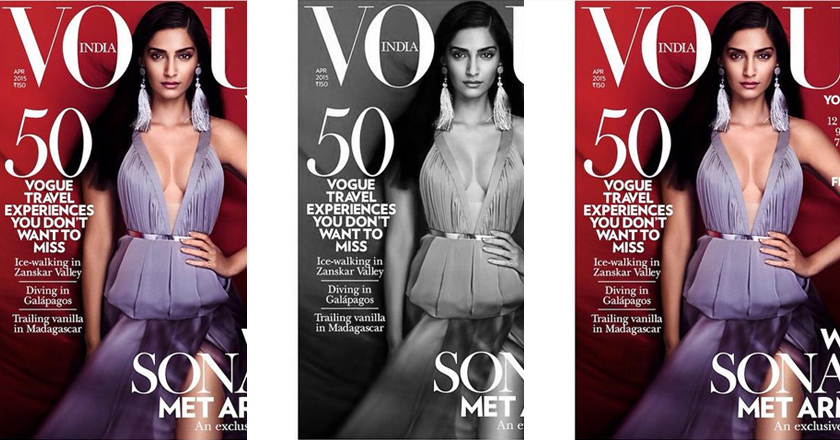 The official fashionista of Bollywood, Sonam Kapoor has once again graced the cover of Vogue India for April 2015 issue. Titled, ‘When Sonam Met Armani’, the issue includes several candid shots of the actress with international designer Giorgio Armani.

Clad in a daring omber colored gown, Sonam looks nothing short of a diva in action.

The 29 year old actress is mostly known for her world class fashion sense and a wide collection of branded products. Her obsession with fashion and all things related to style is evident in her Instagram posts and public appearances.

Recently named the Most Stylish Female Actor of Bollywood 2015, the diva has actually tweeted the cover of the April issue. The dearest daughter of veteran actor, Anil Kapoor, she initially graced the cover of Vogue in the September 2014 issue.

excited to be on the April issue of @vogueindia ! Read my exclusive interview on http://condenast.magzter. pic.twitter.com/lqfTWsm4m7

Apart from Sonam, Aishwarya Rai Bachchan has also recently been on the cover of Vogue magazine as well. Have a look: