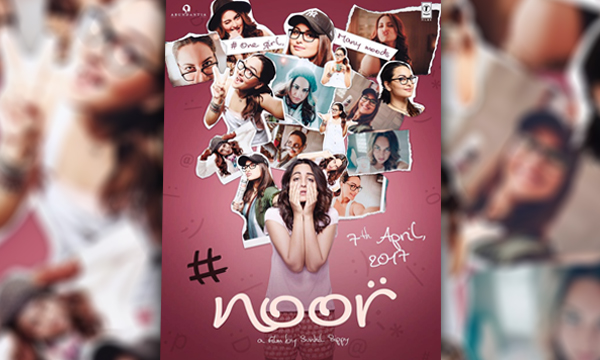 UPDATE: Social media is abuzz with Sonakshi Sinha starring in the Bollywood adaptation of Pakistani author Saba Imtiaz’s bestselling novel Karachi You’re Killing Me. The film is a comedy-crime-thriller titled Noor and will be greeting the cinemas on April 7, 2017.

The excited starlet took to Twitter and revealed the news to her fans!

“While the book – a coming-of-age story of a journalist named Ayesha Khan — is set in Karachi, Noor will be based in Mumbai and has the eponymous Noor Roy Chaudhary, a 20-something journalist, at its centre,” reports Mumbai Mirror about the movie.

“It’s a beautiful story that follows Noor as she navigates relationships, career, aspirations, life choices, infatuations and body image issues. Every girl will relate to her,” said the source. Noor is likely to go on floors in July. “The entire movie will be shot in one schedule and is expected to be wrapped up by August,” said the source.

Sonakshi Sinha is always on the look out for unique projects and roles for her upcoming films and this time Sinha has signed up as a daring journalist in the movie ‘Noor’. The film will be based on Saba Imtiaz’s book titled as ‘Karachi You’re Killing Me’.

Written by Saba Imtiaz, the film Noor reflects a women-centric script. The storyline of the film revolves around a journalist, Ayesha who is from Karachi. It describes the challenges of her life as a journalist and exhibits some depressing moments of how tough it is for a girl to work as a journalist in a city like Karachi. The book’s humor is similar to Diaries of a Social Butterfly and has steadily gained a lot of popularity as well. According to the reports, Sunil Shippy, the director of the film has adapted the rights for Saba Imtiaz’s novel and is all set to showcase this story in his upcoming film titled as Noor. Revealing more about Ayesha’s role in the movie, Sunil said that he always wanted a bold girl in his upcoming movie and Sinha is a perfect fit for it.

Saba Imtiaz is a freelance blogger and journalist with foreign publications on a vast array of global and socio-political topics. She used to work as reporter and head of Life and Style Desk at The Express Tribune.

“Karachi You Are Killing Me” to Become A Bollywood Movie