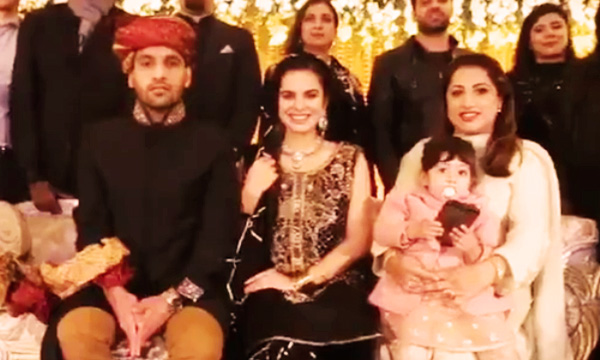 Are we hearing wedding bells for the popular Pakistani-Canadian social media personality, Zaid Ali? Social media is abuzz with the wedding pictures and the latest gossip is that Zaid has tied the knot.

The story of Zaid Ali’s wedding started when a photo surfaced and went immediately viral in which Zaid is seen in a traditional wedding attire with the aspiring model Sarah Sarfraz. View the pictures below: Fans of the Pakistani-Canadian vine-maker were stunned by the news and started sharing these pictures, but don’t worry guys! Zaid Ali instantly cleared the air by tweeting that he is not married. It can safely be said that it was a publicity stunt or just a major misunderstanding.

No, I am not married. Those pictures were just from a video that I was shooting today.

Even Sarah Sarfraz herself clarified and shared the actual video on her Instagram.  The pictures were from a video shoot. Watch the video below;

Zaid, who hails from Ontario, Canada rose to fame through his funny brown VS white videos. His Facebook account by the name of ZaidAliT has a fan following of more than 2 million people.