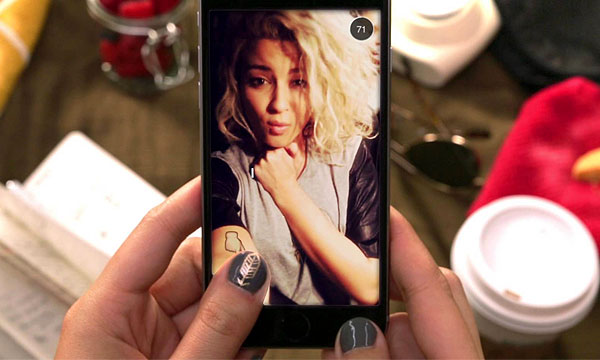 According to a new update rolling out for iOS and Android, watching snaps or stories on Snapchat can now be triggered by just a single tap to make it begin playing. The user has to no longer has to press a finger down to view snaps and stories despite their length.

Snapchat’s CEO, Evan Spiegel hinted this change in May at the Code Conference whereby he stated, “It’s just kind of annoying to hold your finger there for so long.”

In addition to this change, Snapchat is adding two new ways to add friends. The first is an “add nearby” feature. This generates a list of everyone in the vicinity which allows one to add friends by tapping their username inside this menu. However, the Snapchat username will only show up in the Add Nearby menu if one is inside that menu within the app.

The second way to add friends is by using images of Snapchat QR codes in the camera roll.

Snapchat has also introduced Snapcodes also known as BooR codes which seamlessly add a person as a friend when scanned with the Snapchat camera. So now while browsing Twitter or Instagram on mobile if one sees a BooR code that he/she would like to add; then all that just a screenshot of it is needed, which can be added on Snapchat, by choosing “add by Snapcode.”

Ironically, part of what originally made Snapchat special was its utilization of tap-and-hold feature. This has at times led to strong user engagement. With this feature going away, it would be interesting to see how well this change will be received by its users.