Home News Smarty Ring: Get Your Facebook Notification on Your Finger
Advertisement 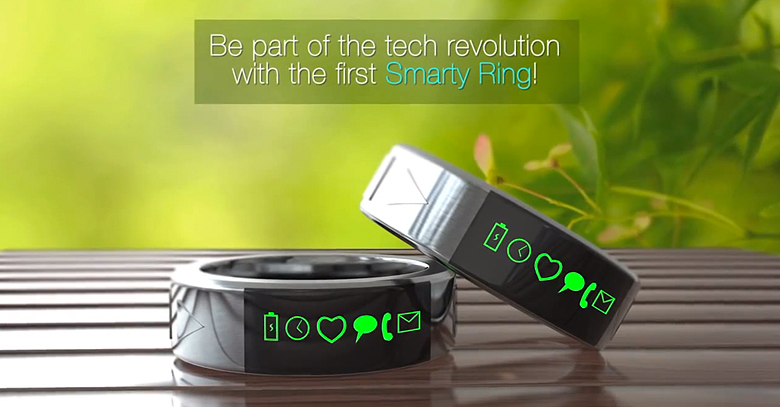 A normal smartphone user checks their phone around 150 times A DAY on average. Talk about smartphone addiction. But what is the best way to check for your ever increasing Smartphone notification without the hustle of taking out your smartphone from your pocket?

The answer is simple. Smarty Ring, a gorgeous metallic ring on your finger that gets connected to your smartphone via Bluetooth as an amazing innovation that not only makes it easier to get notifications, it also makes your conventional ringtones obsolete, saving your phone’s battery life. Yes, the future of ringtone is subtle vibration in your fingers.

After Google Glass and Smartwatch, Smarty Ring is the latest addition to wearable gadgets. However, being small in size and its ability to save hustle with simplicity might just put it ahead of its competition.

Some of the major features of Smarty Ring are;

– Real time updates from your smartphone – not just phone calls and texts, but also all major social media (Facebook, twitter and Skype).

– Toggle between your phone’s major applications without ever touching it like; silencing calls, playing music etc

– Acts as a wireless leash to your Smartphone, if you get more than 30 feet away from your smartphone (which people don’t purposely do these days) the ring will beep a reminder to figure out where you left it.

– It is suitable for Day and Night usage.

– Smarty Ring controls your phone along with providing a clock, countdown, alarms, and more.

– You control all your preferences via an app to set timers, alarms and decide which notification to go where.

The Wonder Ring is also waterproof, 24 hour run time, has a 3 year battery life, Unisex and it comes in multiple colors.

Will Smarty Ring stand out? Or will its fate resemble that of the Smartwatch and other wearable gadgets.