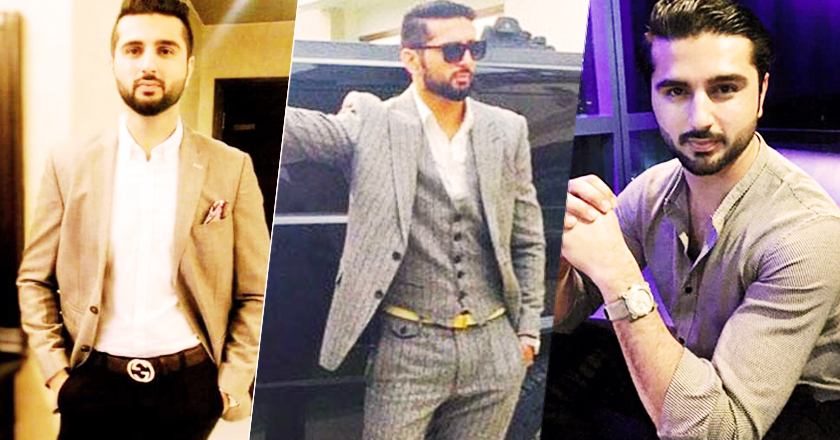 Making the headlines these days is the newly appointed young Minister for Sports, Sardar Muhammad Bux Khan Mahar for his killer looks, charming personality, and dandy sense of style

His social media persona speaks volumes about his versatile sense of style and his luxurious taste. Sardar is only twenty-eight years old and already a father to two kids. Sorry ladies! Just yesterday, he made waves on social media for challenging Punjab sports minister with a self-created push-up challenge. For all those who thought that the new Sindh sports minister was all about looks, but lacked athleticism, here is a news flash!

The Sardar, did 50 push-ups in less than 40 seconds, flaunting how apt his title and position is.

But he shocked us, even more, when he joined a cycle race to Mazar-e-Quaid on Independence day and that too in a tie! Why you do this Mr. Sports Minister?

As for sports, we are unable to conclude how much he is into physical excursions and what plans he has for serving the particular ministry.

He rocks any headdress like a pro, has his own entourage of friends and is quite passionate about his wheels. The hunky minister can easily carry traditional ensembles as well as he carries all those tailored suits. From desi to western, he seems to be flaunting all of the style statements.

Have a look and decide if it’s his charm that can guarantee performance or his fan following? In an interaction with the media today, the hunky new sports minister, who has been creating quite the buzz on social media, casually challenged the Punjab minister to also do 50 push ups in 40 seconds. Do you think he’ll be able to pull it off?

Stay tuned to find out!