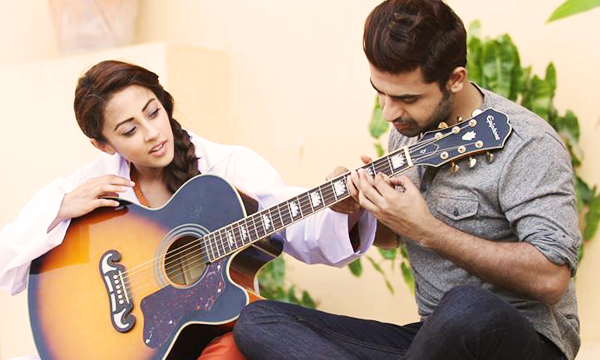 The doe-eyed Pakistani beauty, Ainny Jaffri is all set to make her comeback with the upcoming drama serial ‘Sila’ on HUM TV- the actress will be returning to our TV screens after a post-marriage hiatus. Also featuring the multi-talented Farhan Saeed, the drama sure looks promising!

Featuring the lovable couple of Farhan (Taimoor) and Ainny (Marium), the play showcases the story of two medical students who fall in love and get married, only to regret it later on. Sila touches upon the social stigma of how a man (husband) gets intimidated by his wife’s fame and success.

The drama unveils the insecurities of Taimoor (Farhan) who plays a struggling musician while his wife Marium soars to new heights of success. The jealousy seeps in and ultimately takes a toll on their relationship!

Written by Saadia Akbar, directed by Abis Raza and produced by Momina Duraid, ‘Sila’ had apparently been under the works for the past three years.

The drama is a musical journey that included seven songs all created by Farhan Saeed. The air date and timings of the drama serial are yet to be revealed. Until then, view some of the BTS shots below. We sure can’t wait for this one! Will Marium’s success take an irrecoverable toll on their marriage? What do you think?