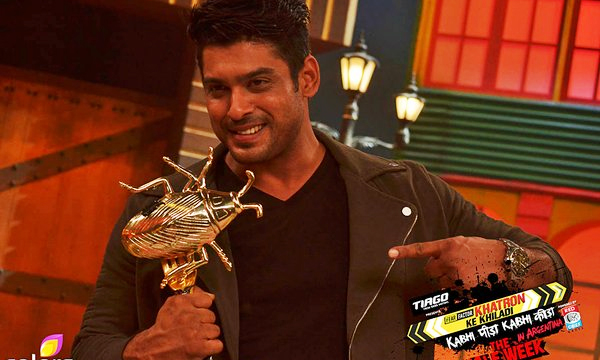 According to the recent news reports, the Indian actor Sidharth Shukla has won the game show. The actor is declared as the champion of the Khatron K Khiladi 7th season, one of the most popular Indian reality TV shows.

Sidharth Shukla bagged the winning title and trophy after beating 13 other fellow contestants and trust me, it was not an easy show to win! However, the actor himself nor the channel has confirmed the news yet. It is however quite obvious through the leading daily publications indicating that Sidharth is the winner. The finale of the show has already been shot where Kareena Kapoor also made a guest appearance on the show. The actress came to sets to promote the latest flick Ki & Ka.

Sidharth stated, “I am not authorized to say anything about the show. If you want to know the truth, please go to the PR team of the Colors channel. Thereafter, come to me to confirm.”

Sidhart got eliminate from the reality show; however he made an entrance through wild card and bagged the title. The finalists of the show were the actors Sidharth, Sana Saed, and dancer Mukti Mohan. The stunt show was carried out in Argentina for 10 weeks, hosted by Arjun Kapoor. 14 celebrity participants participated in the show this time.

The finale episode aired in two parts on Colors TV.