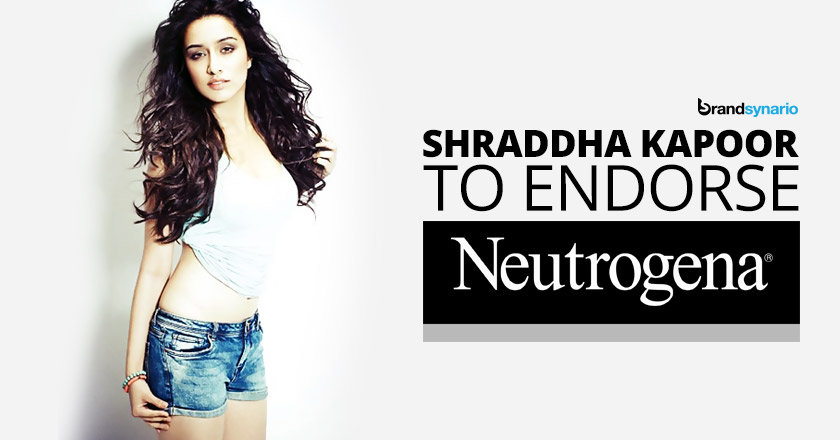 Very very happy to announce that I am the brand ambassador of Neutrogena! Shooting as we speak 🙂 Wooooo! #alwaysready

Shraddha began her acting career in Bollywood through Teen Patti and Luv Ka The End, In 2013, Kapoor received appreciation for her performance in the romantic drama Aashiqui 2, her first commercial success, which earned her a Filmfare Award for Best Actress nomination, among others.

She has has previously endorsed Lakme, Vaseline and Mentos and has been receiving positive reviews from her fans for the recent one.

from her fans for the recent one.

@ShraddhaKapoor best of luck with being the new brand ambassador for Netrogena !! Good brand honestly

Her latest release Ek Villain seems to be doing well too, the actress will be next seen in ‘Haider’ opposite Shahid Kapoor and now with this new endorsement in her kitty, Shraddha is on a roll!