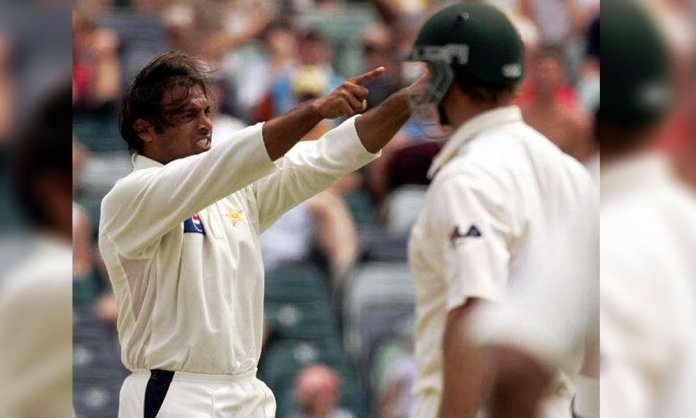 While the world of sports has produced some of the finest and most talented stars, it has also shown us some of the biggest rivalries!

Talking about Pakistani cricket, in particular, we all know that Shoaib Akhtar aka Rawalpindi Express used the advantage of his speedy bowling to make it clear on the pitch who is the ‘King’ of the ball.

During his career, the fastest bowler in the history of the sports has caused injuries which have made 19 batsmen retire!

However, in a recent statement, Akhtar expressed that he never enjoyed hurting the batsmen, except for 1 person that is.

Did u know about this fact that have injured more batsman,s then any 1

which i never enjoyed it but apart-from 1 guess who is it ?? pic.twitter.com/N9wJ8axV8s

That batsman is none other than the former Aussie cricketer, Matthew Hayden.

Hayden was a powerful and aggressive left-handed opening batsman back in his days.

It was Matthew Hayden I wanted to hit badly during my playing days & I did that many times during test & practice games&now we r best mates.

The pair also clashed later on, when Hayden scored a century in Sharjah during 2002 and also during Pakistan’s tour of Australia during 2004-2005.

What is your take on Akhtar and Hayden?