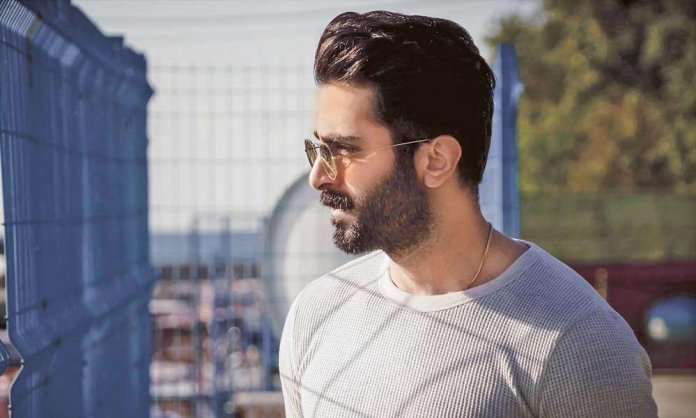 The Pakistani heartthrob Sheheryar Munawar has aced many roles both on television and silver screen.

Socializing and enjoying the limelight, he skyrocketed to stardom and proved his mettle in the entertainment world.

Sheheryar Munawar’s Engagement: All You Need to Know

Boasting popular projects like Ho Mann Jahan and Saat Din Muhabbat In, he is gearing up for another exciting venture ‘Parey Hut Love’.

The actor will now be seen opposite Maya Ali and we are already loving the sparkling chemistry between them.

We asked Sheheryar & Maya to tell us their funniest & memorable moments while shooting together for Parey Hut Love! Maya: You’d be surprised to know that Sheheryar is scared of birds! There was this one scene in which a pigeon had to fly between us and even though he didn’t make his fear obvious, I could see it on his face… to top it all, that take took 10/15 retakes. Regardless of his phobia, he didn’t make his fear apparent, so you can imagine what a brilliant actor he must be! Sheheryar: We were shooting a scene in Kashmir that required both of us to sit on a ledge and we had a 200 feet drop right in front of us. Just before we were about to start, Maya told me she was afraid of heights. I told her to keep looking at me and to never look down. She looked down! I tried to keep distracting her between takes but I could see she was really struggling but she sat there for four hours and got the scene done. I had a new found respect for her that day. 📷 @zillestudio_kukisphotography Makeup @adnanansariofficial hair @rashidsaloon #PHLLoveTalks #PareyHutLove #mayaali #sheheryarmunawar #PHL #PHLFamily #TVFFilms #TheVisionFactoryFilms #saniyar

He recently took a shot at answering 23 unexpected questions from an International website called Masala! where his answers made us all laugh. During the interview, the actor had several revelations to make which made us hooked till the end!

After a few questions, the actor was asked if he had ever dated his co-star from 7 Din Mohabbat In Mahira Khan to which his quick reply was, ‘no’.

The host asked him about the most inappropriate crush he had to which he said:

So, older women and let’s leave it here!

He was later asked which Bollywood star he would like to date to which he said:

Sheheryar Munawar Just Asked Maya Ali to be his Valentine!

Watch his full interview below!