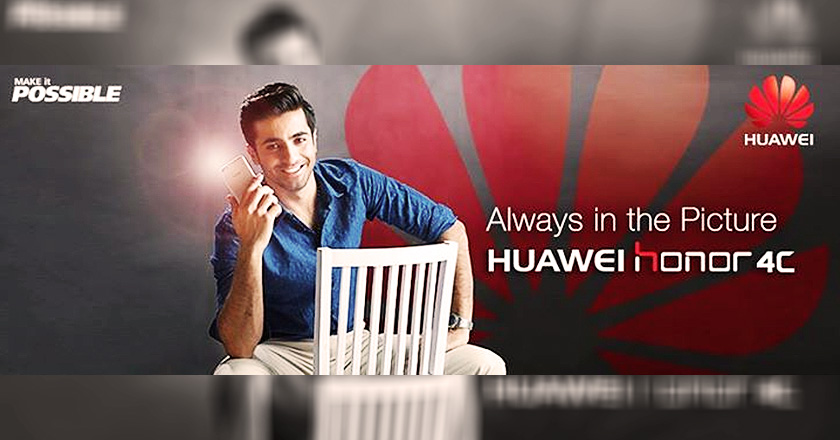 Huawei has chosen Sheheryar Munawar as its newest brand ambassador and the actor has endorsed the brand in Huawei’s latest TVC campaign for Honor 4C.

Sheheryar Munawar is a familiar face, a young and endeared celebrity known most notably for the Hum TV drama serial ‘Meray Dard Ko Jo Zuban Milay.’ He has built up a solid resume as an actor, model and film producer and remains a promising young talent with a significant following of young admirers.

Watch the new TVC below:

Huawei is leading telecommunications equipment and services firm– the largest equipment maker in the world – is based in Mainland China. It has successfully brought and promoted its devices to Pakistan, and with its wide success has gone local in the promotion of its products to the masses.

#Huawei proudly announces the arrival of #Honor4c to the family.

With Huawei’s products becoming rapidly more and more popular in the Pakistani market, their selection of Sheheryar Munawar to endorse their products brings in the opportunity for even more widespread promotion of Huawei’s products and the possibility for a mutually beneficial relationship.