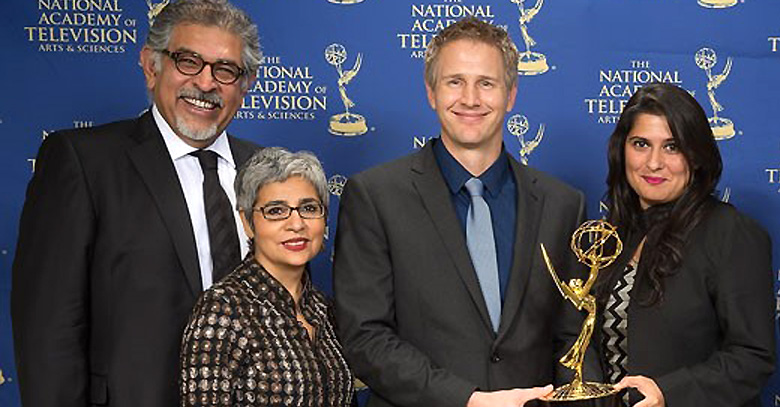 This marks the second Emmy win for the director of Saving Face Sharmeen Obaid Chinoy, who previously received the accolade in the Current Affairs category for the documentary “Children of the Taliban”.

Saving Face was represented by its Oscar-winning director Sharmeen Obaid Chinoy, co-producer Daniel Junge along with the cameraman Asad Farooqui. The event was attended by more than 1000 television and news media industry executives.

Upon receiving the award, Sharmeen Chinoi said her achievement was a result of her family and friend’s love and compassion.

“…I would also like to thank the team behind Saving Face for their hard work and continued efforts in raising awareness; I hope the film continues to help bring this issue to the forefront and serves to start dialogue and action,” she further added.

“The award recognition is an honor for us filmmakers, we hope that the film continues to reach as many people as possible because spreading awareness and starting the right sorts of conversations has always been the core goal behind the film,” Daniel Junge remarked after winning the award.