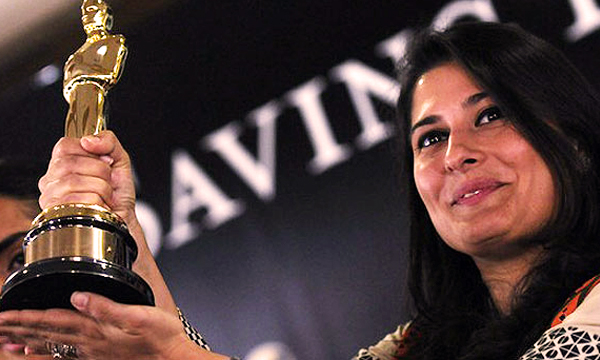 Pakistan‘s first Academy award winner, director Sharmeen Obaid-Chinoy, has paid tribute to victims of the Easter bombing in the eastern city of Lahore with a short film posted to her Facebook page.

The 1.5-minute film titled “An Ode to Lahore, the Beautiful City” opens with a shot of the famous Badshahi mosque before showing images from the popular park where a Taliban suicide bomber blew himself up in an attack targeting Christians on Easter Sunday.

At least 72 people died in the blast as families enjoyed the warm spring evening, many of them children. The bomber had walked close to a play area with swings before detonating. Chinoy, a journalist, filmmaker and activist, has won two Academy Awards for the documentaries Saving Face (2012) and A Girl in the River: The Price of Forgiveness (2015).

Her video, posted Monday, showed old images of the play area before Sunday’s devastation, as well as footage from a candle-lit vigil that took place for the victims in Lahore.

“Lahore used to teach you to make bridges in order to reach each other,” a female voiceover says in Urdu as the images flit by.

“We were liberal people, we were tolerant, we wanted to live with each other, we had the freedom to speak our minds.”

The film then displays news footage from Sunday’s carnage, with images of ambulances arriving at the blast site.

“We deprived our city of its personality,” the voice says.

Children in school uniforms are shown playing in narrow streets as they smile, before the words of the country’s founding father, Muhammad Ali Jinnah, appear: “There is no power on earth that can undo Pakistan“.

Sunday’s attack was the worst so far this year in a country grimly accustomed to atrocities, and will further undermine fractious inter-religious ties in the Muslim-majority nation.

In 2012, the Government of Pakistan awarded Chinoy the Hilal-e-Imtiaz, the second highest civilian honour of the country.