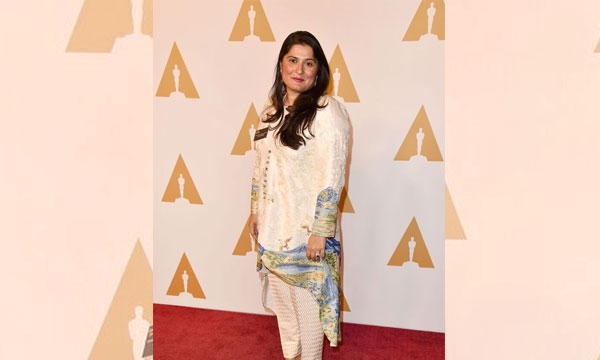 Sharmeen Obaid-Chinoy received the official Certificate of Nomination for Award at the 88th Academy Award Nominees Luncheon. Hosted by the Academy of Motion Picture Arts and Sciences, the annual Oscar Nominees Luncheon was held on the 8th of February at the Beverly Hilton in Beverly Hills, California [USA].

Sharmeen Obaid-Chinoy’s documentary, A Girl in the River: The Price of Forgiveness has been nominated as one of only 5 documentaries from across the globe, in the Best Documentary – Short subject category for the 88th Academy Awards.

At this lunch, Sharmeen wore a custom made outfit by Sania Maskatiya with jewellery exclusively designed for Sharmeen for the occasion by Sherezad Rahimtoola. The Academy Award ceremony is due to take place on February 28, 2016 in Hollywood, USA.