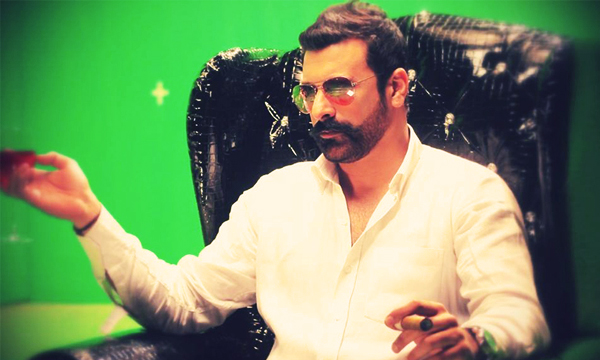 The seasoned television actor and in the recent years a film actor as well, Shamoon Abbasi has been quite busy with his craft. He will now be appearing in almost five films scheduled for releases this year and the next. Sahir Lodhi’s Raasta  will also be starring the actor Shamoon, along with other actors like Saima Azhar,  Aijaz Aslam and Naveed Raza in leading roles whereas Sana, Abeer Rizvi and Irfan Motiwala will also be seen in the film. The movie is all set to release in August this year.

Another film nuanced with patriotic theme takes on the story depicting the happenings during the liberation war in 1971. Shamoon Abbasi yet again donnes a villainous persona in The Trial. Adnan Jilani, Resham and Alyy Khan will also be appearing in the film aet to release in September.

Other than these films slated to be released sometime this year, Shamoon’s schedule appears to be quite busy for next year as well. He will be starring in the movie Debal under the director Isic Sullemon.

The storyline will showcase multiple attempts that were made to capture the notorious Rahman Dakait also referred to as the Robin Hood.

Also, Shamoon has given thumbs up to the remake of Maula Jatt  by Bilal Lashari also starring the likes of Hamza Ali Abbasi and Fawad Khan.

Let’s see how Shamoon Abbasi will be portraying the diversity of his characters.