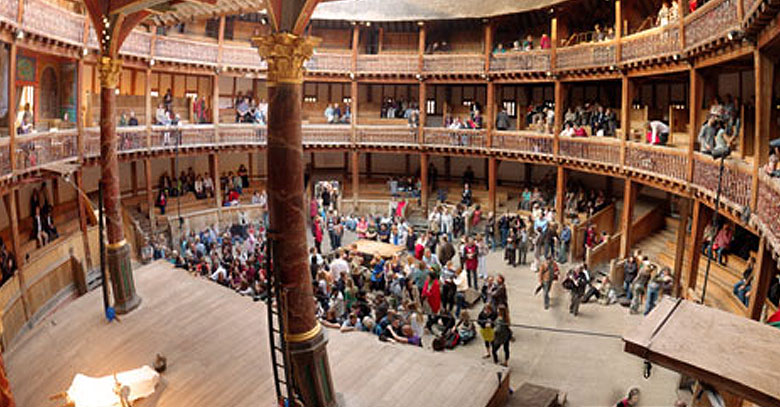 Shakespeare’s Globe Theatre shall take a visit to every nation in the world, even Pakistan, commencing in 2014 and lasting till 2016, according to BBC News.

Moreover, what’s challenging the crew of production and actors are the countries where the English language is not spoken or understood by the majority of the population. This includes Pakistan.

However, the production is certain of the actors’ dexterity, where the body language and gestures convey the essence of the whole play, regardless of the language that they are speaking.

In the past few years, the theatre culture of Pakistan has revived, as people have started having a positive approach towards art and literature. A trail of plays like ‘Paunay chauda August’ and ‘Angan Terha’ mesmerized many across Pakistan.

For this reason, increasing number of students are entering the field of visual and performing arts.

Therefore, if the Shakespeare Globe Theatre project is successful in visiting Pakistan, it would be a wonderful opportunity for the Pakistanis to watch the original Shakespearean tragedy, via the best possible actors suitable for the characters of Hamlet.

This would further let the Pakistani population admire and respect art as equal to medicine and engineering, the clichés we’re living with forever and boost our theatre industry and allow our talent pool to thrive.

Furthermore, the Globe would introduce Shakespeare to those Pakistanis who have perhaps never come across his works. Hence, the coming of the Globe to Pakistan might leave a major influence on the minds and hearts of the nation, and ultimately the media industry.