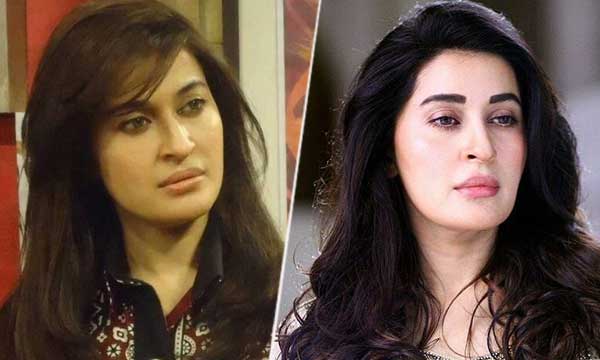 Shaista Lodhi has never failed to seize the limelight! She always manages to stay in the news, be it by hosting morning shows, acting in dramas or by being embroiled in controversies. Yet again, she is making waves on social media and the reason will come quite as a shocker!

Seemingly, Lodhi went under the knife and followed the footsteps of all those stars who underwent plastic surgeries. From the looks of her pictures, it appears that she got Botox for lip-lifting and it has made a shocking difference to her facial features.

Don’t believe us? Notice the transformation for yourself here! Shaista Lodhi has been a household name due to her long-run as a morning show host. Just recently, the diva returned as the host for Geo Television’s morning show, “Geo Subah Pakistan”. This is Shaista’s comeback on Geo TV after a long gap.