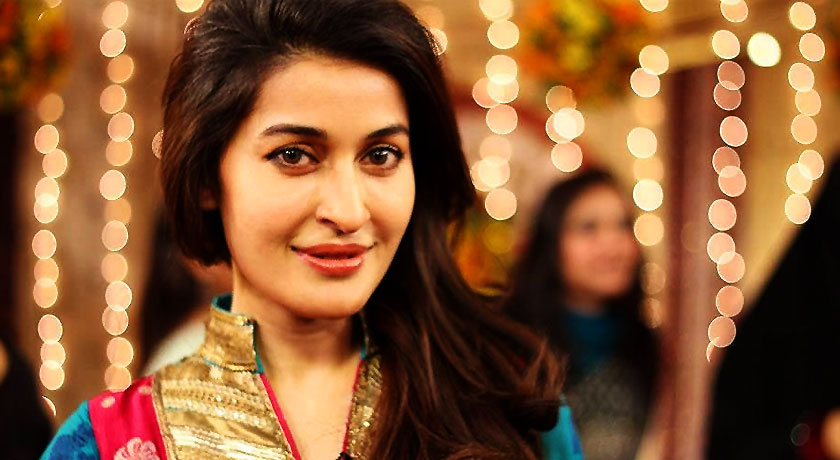 While social media has been abuzz with Shaista Lodhi’s shocking sneaky wedding, a picture of the newly-weds was released by a fan on twitter today.

So this was the secret. Congrats Shaista. pic.twitter.com/JTZJNFRQiY

The leaked photograph seemingly unveils a clandestine ceremony with the blushing bride Shaista, her new-life partner and her son, Shafay Wahidi.

A bolt from the blue, the nuptial announcement was apparently kept quite hushed by the ex-host of Utho Jago Pakistan with no details or snaps of her marriage.

Previously on 30 June, she tweeted her happy news with an image of her ring ceremony and an Ayah from the Holy Quran.

Quran: “then He has established relationships of lineage & marriage: for your Lord has power” Alhumdulilah married pic.twitter.com/4vitsU3tDY

A mother of three, Lodhi got divorced form her first husband Waqar Wahidi back in 2012.

While she almost vanished from the face of media after the blasphemous mishap on her GEO Entertainment’s morning show Utho Jago Pakistan, rumors are bubbling up that she might make a grand comeback on HUM TV.