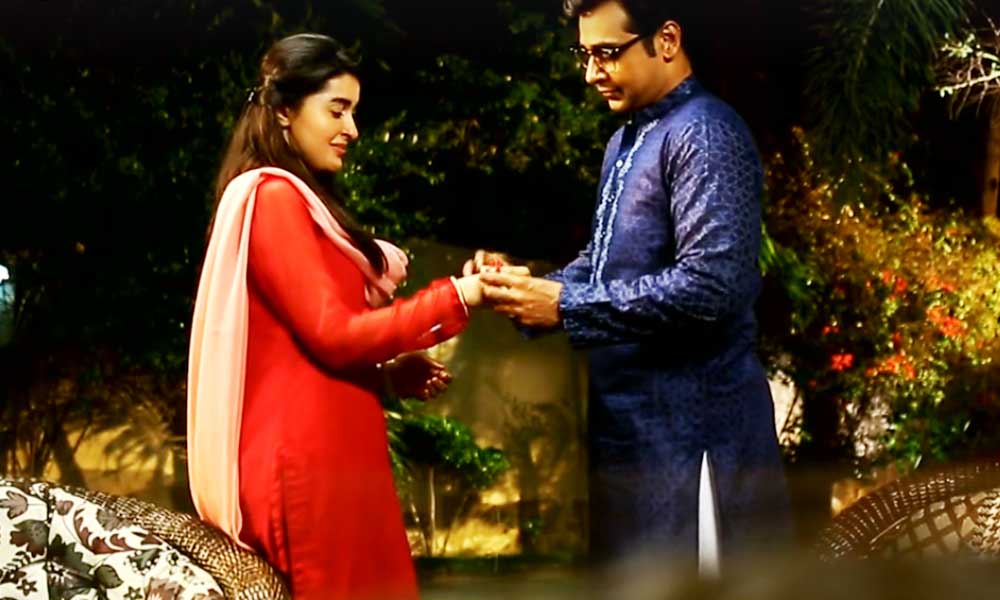 Shaista Lodhi, the ultimate queen of morning shows is now set to make her TV debut with a drama serial Waada, that has been produced by Fahad Mustafa and Dr. Ali Kazmi. The starlet will be seen with Faysal Quraishi in the drama

She was popular for her morning show Sitaray ki Subah on HUM Sitaray which she then quit and currently does a morning show on SEE TV. She has become a major hit amongst the audiences and a movie into dramas will be just perfect to boost her televisions career.

The teasers for Waada are out- view them below:

#comingsoon "waada" only on #arydigital

While speaking to Dawn Images, Shaista Lodhi revealed that she had been approached for dramas earlier as well but due to extra responsibilities and workload she could not fulfill the promise made to her. However, this time around, the morning show host had taken a break from her usual shows and therefore, gave drama serials a shot.

The drama serial Khwaab Nagar has been directed Syed Atif Hussain and will showcase Shaista in the lead role.

Her debut TV serial Khwaab Nagar is scheduled to go on the air somewhere in October/November 2016.

A post shared by PAKISTANI CELEBRITIES🇵🇰 (@pakistani.celebrities) on Jul 4, 2016 at 12:27pm PDT

She was definitely a bit nervous because of the success she has received through morning shows and feared if it’s going to be the same.

“I was not nervous, but yes, a little confused, because of the questions crossing my mind and the success I achieved in the hosting field and whether it’ll be the same or not. Will people judge me and compare whether I’m a better host or actor. But I’ve done it and let’s see how people will react.”

The morning show famed celebrity is ready to make a leap towards dramas but will not leave working in dramas.

This will be Shahista’s first project onto the small screen- she will only take up more ventures if she receives good feedback from the one she has already signed.

“Let me just focus on acting right now, [busy with this drama] I don’t want to accept any other offer from any other productions house for the time being.”

At this point of time, she just concerned if the fans will accept her as an actor. She has been in the morning show arena for the past 9 years and it might be difficult for them to transition.