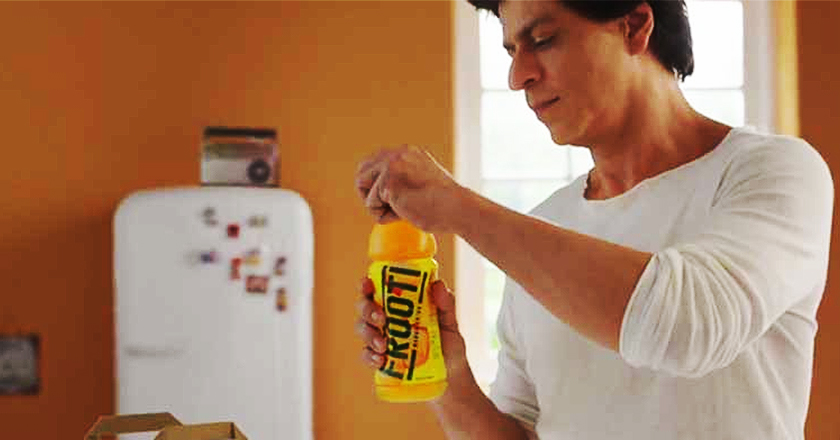 Frooti, a mango juice brand in India seemingly upped its game by getting the King of Bollywood, Shahrukh Khan to endorse the brand.

King Khan has a rather unusual role in the ad – he’s a toy! He’s pushing a large mango into an empty Frooti bottle, along with other toys. The ad starts with words, “push-it-a, pull-it-a, hitt-it-a, vroom-it-a, mov-it-a, shoot-it-a, leave-it-a.”

Raj points out the rather suggestive lyrics of the ad, blaming King Khan for endorsing it.

He objects to the background song that accompanies the visuals, he feels the lyrics are highly inappropriate for children.

However, after SRK fans reacted harshly to his tweet, Raj neutralized the situation by tweeting his love for the Bollywood megastar. Shahrukh has yet to reply to Raj’s comment.

This Frooti ad is disgusting! Kids copying and singing suck it lick it a. @iamsrk bhai how did u approve this script? Tasteless literally!

Stop overreacting I love @iamsrk it’s my personal opinion the ad is not made in good taste & bad for kids.Frooti thank media free publicity!

View the controversial ad below: