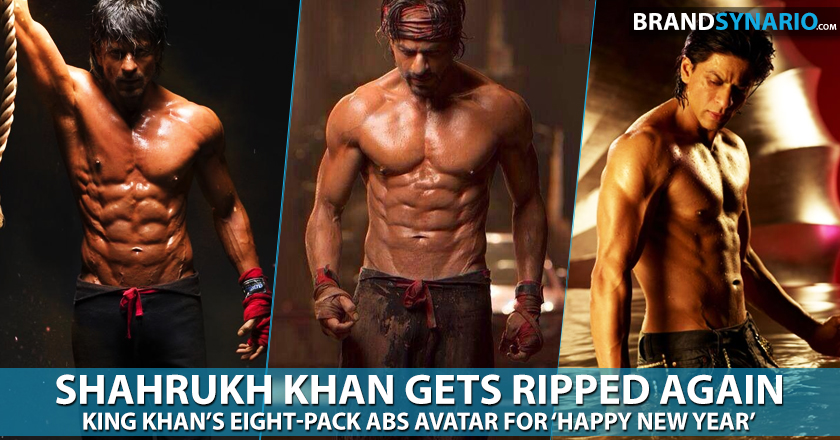 Shahrukh Khan returns to the big screen with not 6 but 8 packs.

Reminding his fans, that he is still young enough to lead the Silver Screen, King Khan’s latest movie stills from Farah Khan’s ‘Happy New Year’. Photographed by Dabboo Ratnani, the movie stills show charlie in a rather contemporary young and very ripped look.

It seems Farah Khan has gotten a habit, of geting Shah Rukh Khan to do his ‘firsts’ with her! Seven years ago, in her directorial debut, Farah Khan made Shah Rukh Khan work out to his bones. Thus the song, Dard e Disco – for the first time we saw King of emotions showing off his pectorals.

Shahrukh Khan went through an immense amount of physical training and coaching, to achieve this amount of body mass. Check out the tweet King Khan send out to all his fans, Dabboo Ratnani and Farah Khan.

And this one is by @DabbooRatnani . Thanx my friend. And thanx @avigowariker. Now Farah don’t exploit me anymore!!! pic.twitter.com/TeOCpNzGAA