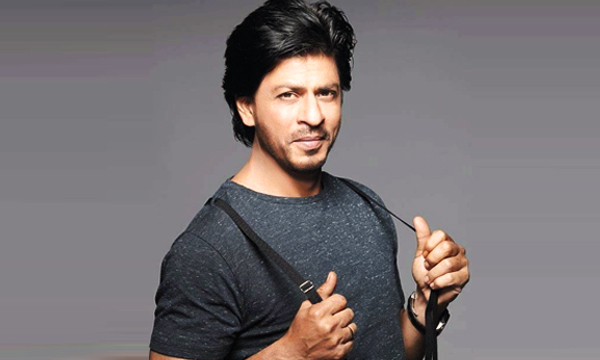 We all are huge fans of SRK’s sarcasm and slapstick humour, aren’t we? As we all know, Shah Rukh Khan is busy shooting his upcoming flick, The Ring alongside Anushka Sharma in Amsterdam. When the two take a break from shooting, however, SRK sure knows how to keep himself busy by doing some crazy things!  We have come across a hilarious video of the actor trying to imitate the footballer Messi and the basketball player Jordan, together.

We recently came across another funny video where SRK can be seen making fun of Deepika Padukone’s hoarse voice due to a sore throat. Poor Deepika!

A few days ago, we saw the Raees actor shoot a funny video with his son AbRam who is also in Amsterdam, currently. He also was seen teaching his Dutch AD a Hindi tongue twister, which was just plain hilarious!

Jurriaan our first AD learning how to do pappad & me the countdown. #hindidutchbhaibhai

Are you wondering how the actor can copy both Michael Jordan and Messi all at once? It’s simple; Shah Rukh Khan dribbled the ball on his shoe and also hit the ball with his shoe. The boomerang affect is something that made the video all the more entertaining;

He captioned the video, “Trying a JordanMessi combo.” Watch below:

In the movie The Ring, SRK plays the part of a tourist guide who is also a womanizer but eventually falls for Anushka Sharma. The shoot will be wrapped up in a few days and then start promotions for his upcoming flick Dear Zindagi alongside Alia Bhatt. Raees alongside our ‘Pakistani queen of hearts’ Mahira Khan is all set to release in January too!

So what do think of Shah Rukh Khan’s video- let us know in the comments below.