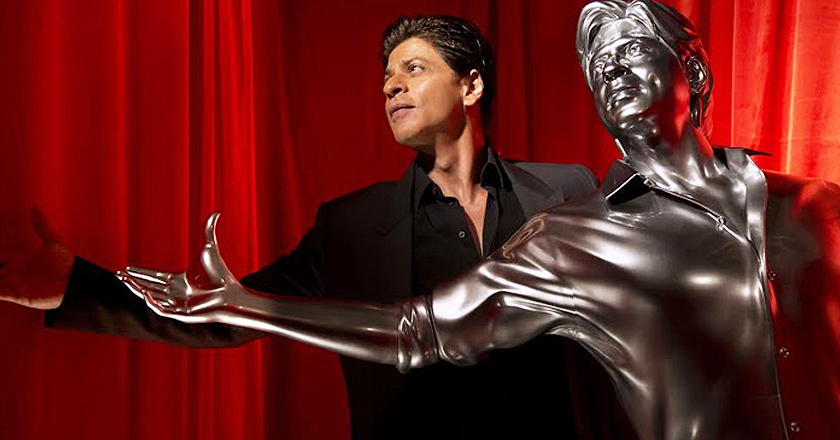 The model is silver in  color and is modeled in SRK’s signature pose. ShahRukh Khan is known to melt hearts with his signature pose which he performed in films like ‘Dilwale Dulhania Le Jayenge’. ‘Main Hoon Na’, ‘Dil To Pagal Hai’.

ShahRukh Khan talked about his  3-D Model and said:

“It is overwhelming how technology has gone forward. I am grateful to be a part of this amazing technology. This is outstanding and I am dying to show it to my kids. Its silver and shiny statue of mine in my classic pose. I want to thank Keitan, Harry, Red Chillies VFX team and Autodesk team who have worked on it. It’s the figure of work I have done for all these years,”

Red Chillies and VFX together have a state-of-the art visual effect studio; the patents are known for their special effects. Red Chillies Entertainment is a production house run by ShahRukh Khan and his wife Guari Khan, it  has produced famous movies like ‘Om Shanti Om’ and ‘Chennai Express’. VFX is a private company which provides special effects to motion picture industry and has won awards for it.

The timing of the 3-D model was matched by the multiple awards bagged by SRK’s film ‘Happy New Year ‘ in Star Dust Awards and his movie Karun Arjun’s 20th Anniversary.