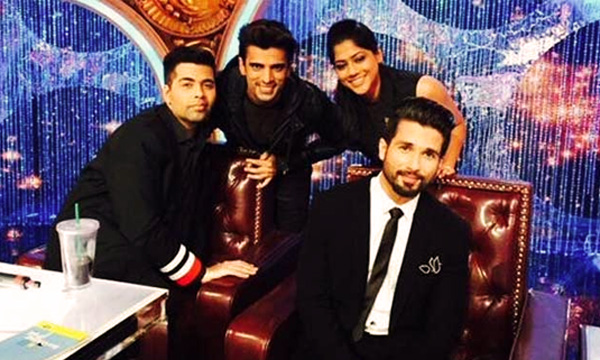 Shahid Kapoor, also known as Sasha, has finally declared that he will be quitting the Indian Dance show, Jhalak Dikhla Jaa Season 8. We have all seen Sasha making crazy jokes with the co-judge, Karan Johar, and getting along with the contestants at the show. However, he will be breaking millions of hearts yet again. Sorry to break it to you girls, but Shahid Kapoor will only be seen for eight episodes on the sets of JDJ.

Apparently due to prior commitments, Sasha made it pretty clear to the producers of the show that he can only judge the show for four weeks, and the producers, in a desperate attempt to get him onboard, agreed to his conditions.

Shahid will be next seen in Vikas Bahl’s “Shaandaar” alongside Alia Bhatt, and in Abhishek Chaubey’s “Udta Punjab”.