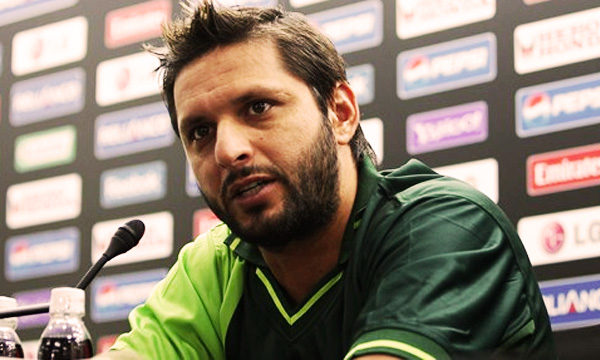 Pakistan won the first match by 16 runs before going down tamely by 10 wickets and 95 runs respectively in the next two games — their worst Twenty20 defeats in terms of wickets and runs.

Afridi did not mince his words in warning his players they have a tough task to compete in the  Asia Cup (February 24-March 6) in Bangladesh, followed by the World Twenty20 (March 11-April 3) in India. “We failed to fulfil what was expected of us in the Twenty20 series in New Zealand,” Afridi told AFP.

“We did win the first game but in the last two, we didn’t show the right kind of fighting spirit.”

Afridi said his team was running out of time before the major events.

“If we don’t learn from our mistakes and lift our performances then we will struggle in the Asia Cup and then the World Twenty20,” said Afridi, singling out misfiring batsmen Umar Akmal and Ahmed Shehzad.

“Umar and Shehzad have got enough chances which not many players get forPakistan at the highest level, so they have to prove their worth before time runs out for them,” said Afridi, who was also critical of his own performance.

“Captain’s performance matters and I know my scoring runs and taking wickets is the key which I have to also lift in the next two events,” said Afridi, who will retire from international cricket after World Twenty20.

Afridi, who has retired from Tests and one-day matches, urged the cricket authorities to reform the domestic structure of the game.

“We have to improve our system, especially we have to revive school cricket from where we can get talented players who should be groomed at the academy and that is very necessary for our future,” he said.

Pakistan is currently playing a three-match one-day series in New Zealand. They lost the first game in Wellington by 70 runs on Monday.