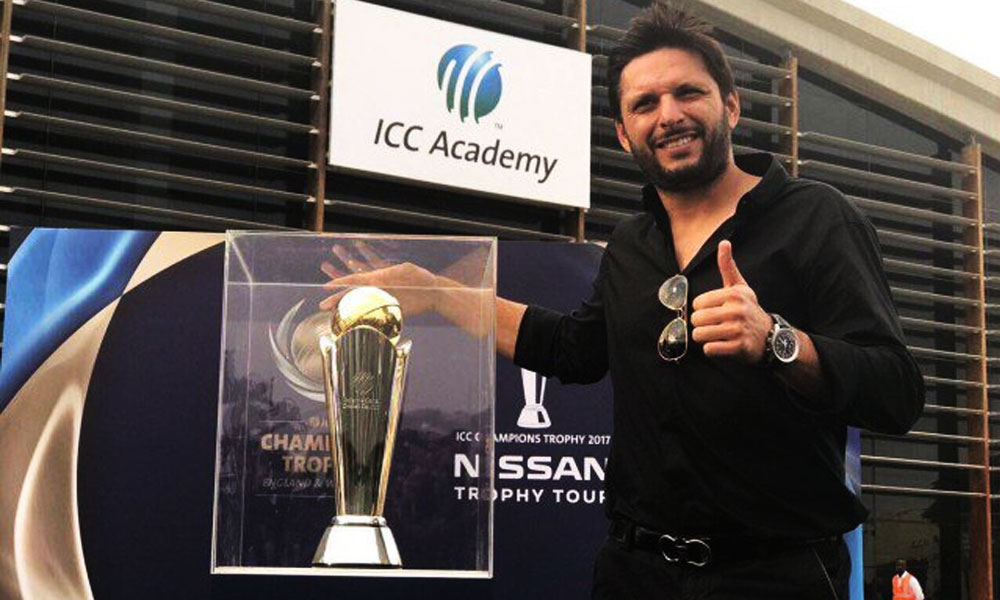 Former Twenty20 Skipper, Shahid ‘Boom Boom’ Afridi, had the opportunity to unveil the prestigious ICC Champions Trophy 2017 tour launch as the ambassador for Pakistan throughout the tournament!

Throughout the tour, the trophy will be displayed in 19 cities across the 8 nations who will be competing to win the prize. The launch ceremony took place in UAE, Lala had to say: 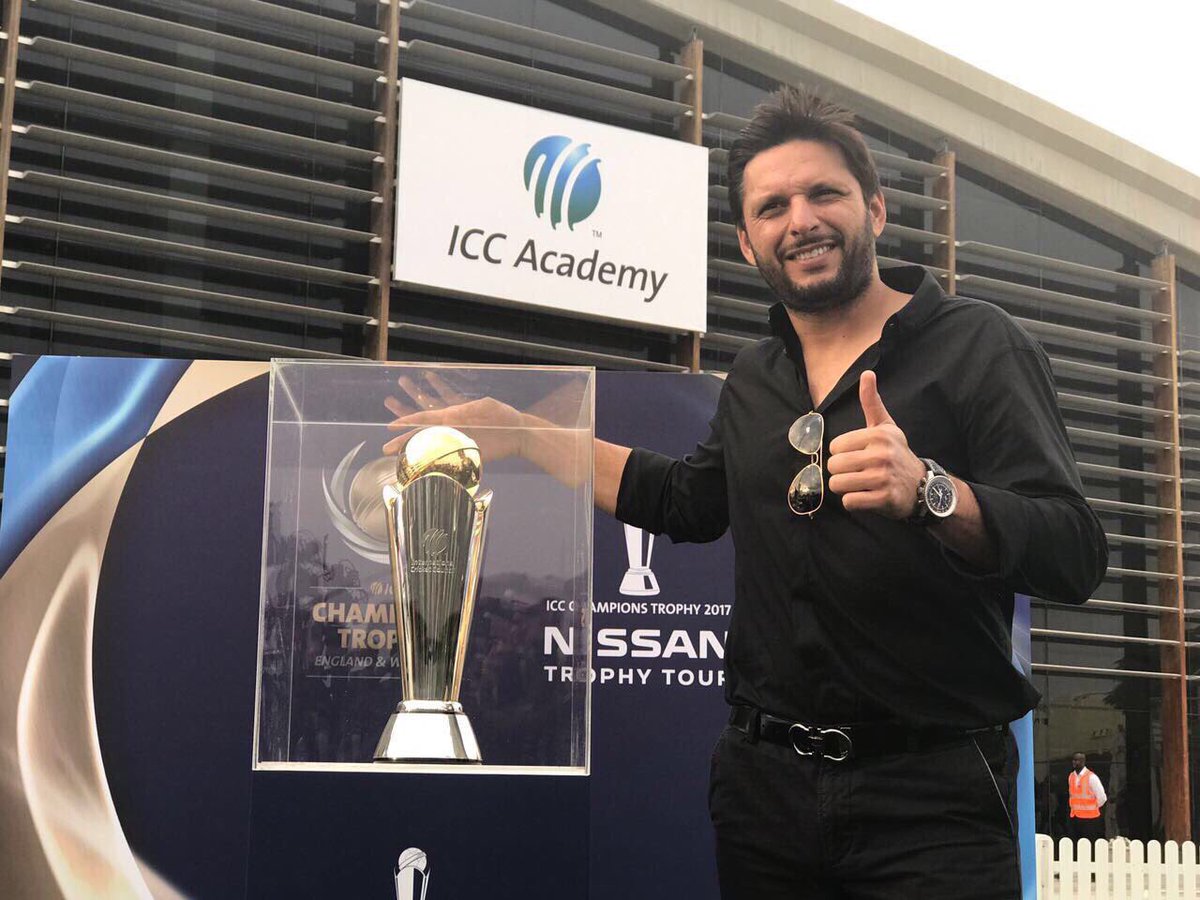 “The ICC Champions Trophy is an event which gives me and millions of Pakistan cricket supporters mixed feelings. It is the only ICC major tournament Pakistan has never won, but at the same time, it is the only ICC event in which Pakistan has beaten India.” He further added, “I am sure things will soon change as nothing is permanent in life and sport,”

The ICC Champions Trophy 2017 will come to Karachi from March 28-30, whereas the tournament commences from June 1 in the United Kingdom.