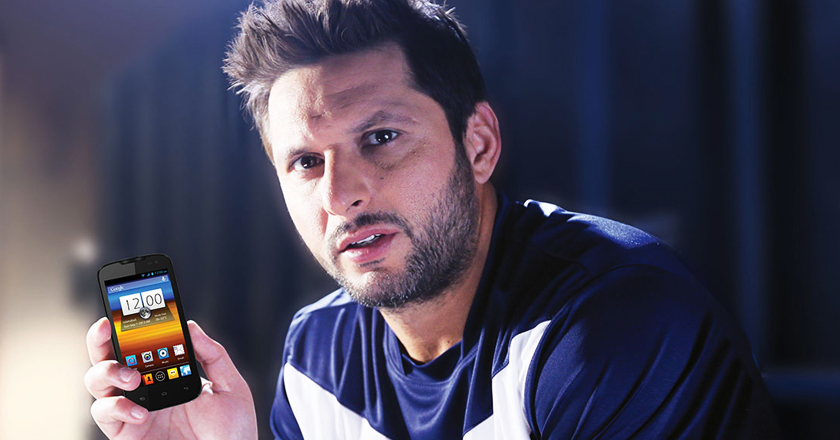 Pakistani cricket sensation and the current national hero of Pakistan, Shahid Khan Afridi is the new brand ambassador for QMobile.

Afridi has previously endorsed Haier’s smartphone but according to his brother and manager Mustaq Afridi, he is now exclusively a part of QMobile’s growing list of endorsers. In the official press release, his brother also restates that Afridi has nothing to do with any other brand in the cellphone industry.

QMobile is famous for its aggressive marketing tactics and to get the most popular celebrities for their endorsement deals. Their long-list of endorsers, which includes some of the big B-town celebrities has certainly assisted in making QMobile one of the fastest growing smartphone brands of pakistan.

According to the Chairman and CEO of QMobile Zeeshan Akhtar, QMobile’s success recipe lies in the fact that that they have always been able to provide the masses with the latest technology along with satisfactory after sale customer care services.

Upping their celebrity game further, they have signed Afiridi whose mere presence is enough to charge a stadium full of hundreds and thousands of fans cheering on stands.

We look forward to see how this partnership between QMobile and the most loved cricketer Afridi will work out for the brand.