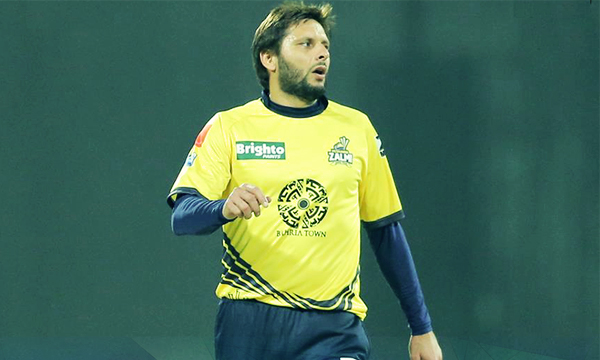 Former Pakistani T20I captain Shahid Afridi after hinting on possibilities to switch to another franchise in the second edition of the Pakistan Super League (PSL) expected to take place in 2017 has termed his current franchise Peshawar Zalmi a professional team.

Afridi in his latest tweet supported Peshawar Zalmi by claiming it a challenging team who introduced a cricket camps in KPK.

Peshawar Zalmi is a professional team, the way they support the cricket in KPK with camps & talent hunts prog in such a challenging 1/2

environment is really appreciable, so media rather to go with baseless rumours should appreciate,Feel Proud 2 be a part of PZ

Earlier, talking to Cricket Australia website, Afridi noted that he is not only confined to Peshawar Zalmi, but he is open for the possibilities to switch to any other franchise that needs him. Disclosing more details regarding his decision, Afridi said that he is looking forward to sorting out some things with Javed Afridi, the owner of Peshawar Zalmi team. Claiming these issues a general routine discussion, Afridi noted that there is no such problem between us that needs hype.

Shahid Afridi Looking Forward to Make a Come Back

On the other hand, Afridi supported in bringing Inzamamul Haq as the batting coach of Pakistan and Mickey Arthur as the coach- he said Mickey posseses some superb coaching skills.