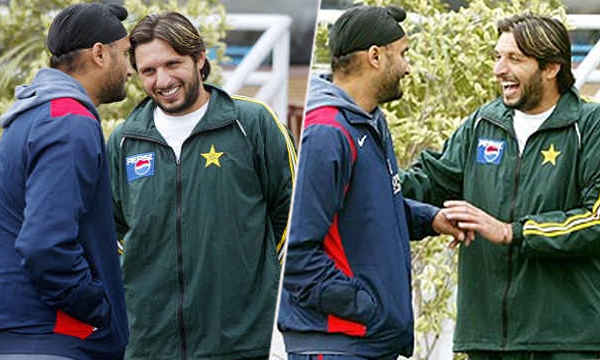 While cross-border relations and politics between India and Pakistan have forever been unstable, it does not stop the cricket heroes of both the nations to unite for the greater good.

Time and again, we have seen stars of Indo-Pak cricket team uniting and spreading the love. We have witnessed their heart-warming moments of bonding and friendship, proving arts and sports are beyond boundaries.

We all know that Shahid Afridi manages a charitable organization called ‘Shahid Afridi Foundation’ (SAF) with a slogan ‘Hope Not out’ and raises funds for the poor.

One day to go….are you ready??? B sports launching on @myntra tomorrow.

Looking forward to be part of my friend @SAfridiOfficial s foundation to raise funds for #HopeNotout let’s all come together to help others🙏 pic.twitter.com/ug34mpjp0j

Boom Boom replied in equal love like he always does!

The two sports sensations will be uniting in Bahrain on October 26 at Gulf Hotel Convention Centre to raise charity! What a moment it will be. Cut-throat rivals coming together to help those in need. Truly, above all nations is humanity and Afridi and Singh proved this today.

Three cheers for them!