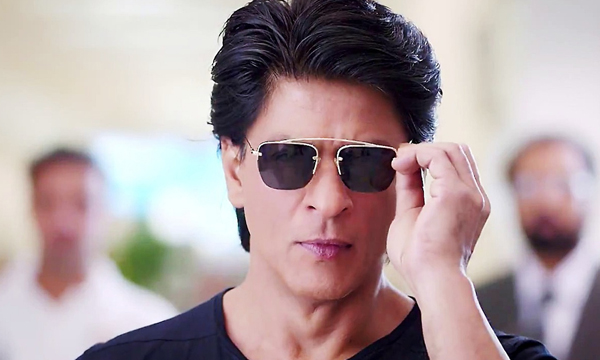 Shah Rukh Khan’s upcoming movie, directed by Aanand L Rai has now a released date. The flick, in which SRK is supposed to play a dwarf, will hit theatres on December 21, 2018.

According to the buzz, SRK is supposed to play a dwarf in the movie.  The release date was announced via the official Twitter account of Red Chillies Entertainment.

Excited to announce our film with @aanandlrai & @iamsrk in association with @cypplOfficial.Releasing Dec 21, 2018.Title to be revealed soon!

Also, SRK himself declared the news on Twitter and called it a special project.

This one is most special to all of us. And the title is too sweet. Wait for it.
https://t.co/MTRAVuUGFy

While the movie’s name is still a mystery, Aanand L Rai seems to have already thought of  a title.

Even more interesting is the gossip that Deepika Padukone will be seen across Khan in this one.

Let’s wait and watch as more scoops roll out about the tale.

We have previously witnessed Shahrukh Khan and Deepika Padukone’s electrifying chemistry in Om Shanti Om, Happy New Year as well as in Chennai Express. Now, both the superstars are all set for a mega comeback in their fourth Bollywood movie.

According to the rumor mill, the film is the same Aanand L Rai directorial venture in which Khan will be playing the role of a dwarf. The name of the movie is still a mystery!

“Discussions are almost through and she is likely to sign the film soon,” reveals an Indian website, DNA.

Khans’ fans should gear themselves up for yet another full-fledged romantic story complete with love songs, dancing and a lot of masala.

Plus, it will be a treat to see the good-looking pair of Padukone and Khan all over again.

For now, we can not wait to see the Bollywood Badshah in Raees starring Pakistani actress, Mahira Khan and in Dear Zindagi that features the bubbly beauty Alia Bhatt along with our rockstar, Ali Zafar!

Seems like King Khan of Bollywood is ready for yet another challenge! The superstar has done some difficult roles during his Bollywood reign, the recent example being his recent Bollywood flick Fan. Khan has signed yet another movie where he will be playing the role of a dwarf- trying to imitate Tyrion Lannister much?

SRK will star in the Bollywood venture of the Tanu Weds Manu director Aanand L Rai. Director Rai, in an interview with Mumbai Mirror, talked about Shah Rukh’s role.

“Shah Rukh plays a dwarf and it is going to be a lot of hard work and patience.”

The director also talked about casting SRK, “Meeting the man makes you believe that nothing can beat experience!” said Rai.

“He has seen life not just as an actor but also as a person. He is large-hearted, intelligent and has a great understanding of human beings. I am in love with him. It’s the story of a man who is just three-feet-one-inch tall. Nobody understands ordinariness better than Mr Khan. I’m looking forward to seeing him in the dwarf avatar.” According to the movie’s director the film will be “a full-fledged love story or a family entertainer with lots of romance.”

Will SRK be able to beat the lovable Tyrion Lannister and win over our hearts? Let us know in the comments below:

Stay tuned to Brandsynario for more updates on the SRK’s role!