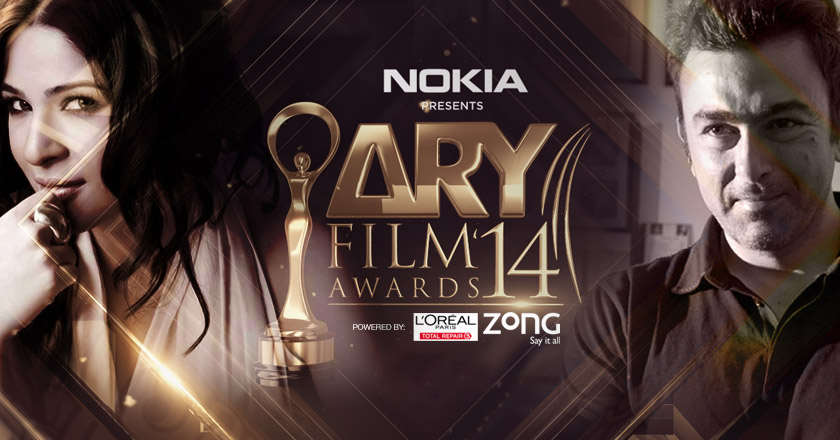 ARY Film Awards is presenting Pakistan’s first Movie Award Show and who better to host the grand event than Pakistan’s own Superstar Shaan Shahid with the ever versatile Ayesha Omar and the-ever-enchanting Sanam Jhung.

The scorching three will be the first hosts for this ostentatious chapter in Pakistani Media on April 27th, 2014.

ARY Films Award Show has already promised to become the next milestone to go down in the history of Pakistan Film Industry.

The four time National Film Awards winner with fifteen Nigar Awards under his belt Shaan Shahid has also won five Lux Style Awards, the reverent Pakistan Media Award and the prestigious Pride of Performance. Shaan is a major contender nominated in the category for leading actor in a movie for his performance in the massively acclaimed movie WAAR.

Shaan’s also infamous for his directorial skills that will soon take center-stage with his ‘Arth 2’, the superstar’s directorial venture featuring ravishing Humaima Malik and neat Humayun Saeed. The promotional poster for the film will be unveiled at the award ceremony in Karachi.