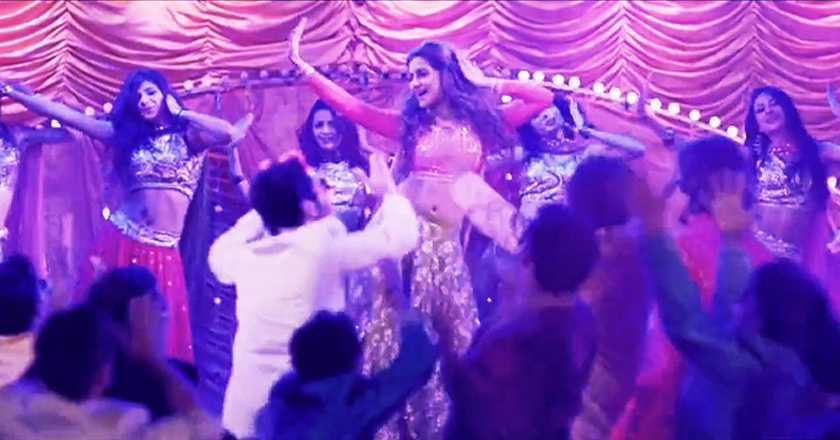 The innocent apple-faced beauty Sohai Ali Abro is ready to set the stage on fire with her stunning dance number, Selfiyan Re Selfiyan in her upcoming movie Wrong Number. Matching her dance steps is none other than Pakistan’s recent heartthrob, Danish Taimoor.

According to sources, the item song will be sponsored by the recently launched local smartphone brand, Rivo.

Watch the sizzling performance of Sohai Ali Abro below in her Item song:

A model, a dancer and an actress, Sohai became an overnight star with her stunning performances in various TV serials including Khoya Khoya Chand, Pyare Afzal and Tanhai.

Dolled up as a true desi in Ghaghra Choli, Sohai has stunned everybody with her glamorous looks and sultry dance for the song ‘Selfiyan Re Selfiyan’.

Pakistan’s entertainment industry is catching up on the infamous trend of item songs way faster than expected. Before her, famous TV actresses like Mehwish Hayat, Zhalay Sarhadi, Saba Qamar, Ayesha Omer and ofcourse, Mathira has performed on various item songs.