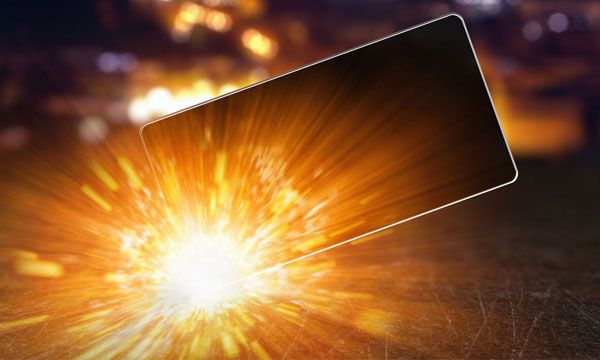 Ever had to think more than twice before leaving your house because you own a damn expensive phone and it will for sure break your heart if it gets stolen? Or even had to ditch your favorite phone for a feature phone just so you can step out of your house? With this self-destruct technology you do not have to worry anymore!

The amazing tech self-destructs, meaning that even if our mobile gets stolen, you can easily activate its self destruct mode so that the snatcher has nothing else to do but cry that they wasted all that time and energy!

Researchers at King Abdullah University of Science and Technology (KAUST) in Saudi Arabia have developed a new self-destruct mechanism.

It works almost instantly and comes into effect when a phone is stolen, protecting device’s sensitive data as well as spoiling any reselling plans on the thieves’ end. The technology is specifically for those who wish to protect highly sensitive data on their phone such as intelligence communities, corporations, banks, hedge funds, social security administrations, collectors who handle massive data.

Since technology has become easier to get nowadays, this new tech can literally be used by anyone at all for the same purpose. The tech consists of an expandable polymer which can be triggered by GPS, password-enabled application, or a chip.

According to ProPakistani, The mechanism uses heater electrodes that draw power from the device’s battery and activate the polymer, rapidly expanding it to seven times its original size when heated to 80°C. Since most modern devices come equipped with a non-removable battery, there is almost no way to obstruct the power supply between the electrodes and the battery.

Each self-destruct mechanism could cost as little as $15 and can also be retrofitted to existing laptops and desktops.