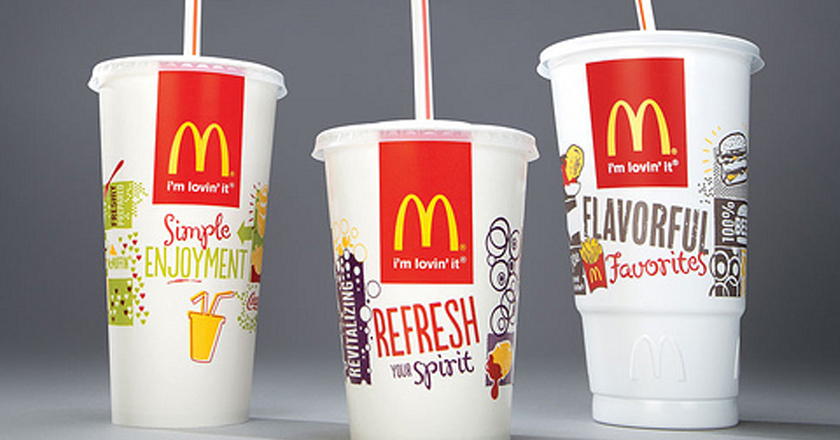 Ever wondered how exactly “Large” is a Large Mc Donald’s Soda Cup?

Believe it or not, but while we thought that “Large” sized cups were supposed to be similar in size, they turned out to be different by quite a margin. A Buzzfeed YouTube video unleashed the sizable difference in the soda cups of the fast food chain form around the world.

To no one’s surprise, the United States of America has king-size cups when compared to other countries.The mighty 32 ounce, large size American cup is almost one and half times superior to that of a large Japanese, McDonald’s 20 ounce Cup. Even more shocking is the fact that a Medium size cup in Japan is smaller than a large sized drink in the U.S.A.

Imagine the mighty intake of sugar the American’s consume if they order Large Drinks with their fast food!

In Australia, while a “Small” cup is almost equal to the Small of U.S.A, its Medium is no where near to that the American Medium sized cup.Meanwhile, in U.K, the  small size cups are even smaller than that of Australia and America and have  major differences in size compared to the rest.

Apparently, America is McDonald’s favorite when it comes to Soda Cup Sizes.

However in Pakistan, it is reported that there has been a significant difference in the reduction of the drink sizes from time to time. It is possible we might have our small soda cups even smaller than all the nations shown in the video.