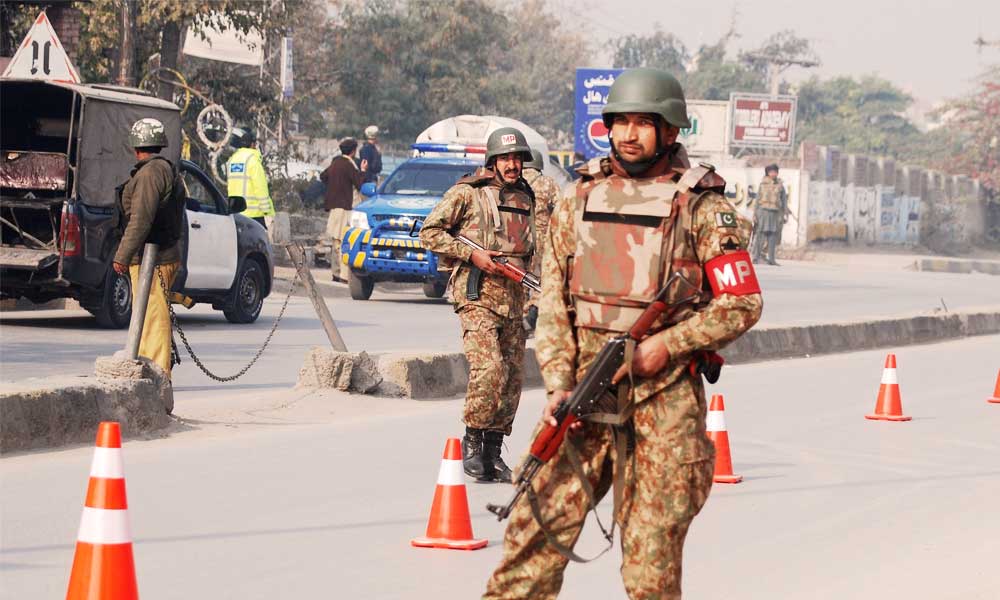 The law enforcement agencies have increased school’s security along with other educational institutions in Karachi. The News reported, that the terrorists are planning attacks related to Army Public School Peshawar bloodshed on December 16th and also the hanging of four militants in the attack.

The home minister has also issued two letters to the security officials in the province.

The two letters were sent to the IGP and Rangers’ headquarters.

This is what the first letter read, “It has been reported that terrorists will try to avenge the hanging of their four associates by the security forces and carry out attacks in connection with the Army Public School anniversary. This time, the activity will be more severe than the Peshawar attack. Keeping this in view, the security of all educational institutions (private, semi-government and government) may be enhanced forthwith. The administration of these institutions should be sensitized and advised to immediate report any unusual activity to local law enforcement agencies and security forces. Besides, the security of school buses and vans during their movement may also be reviewed. It is therefore requested to take the necessary action into the matter and extreme vigilance and stringent security measures may be exercised by all concerned to ward off any untoward incident.”

The second letter said, “It has been reported that the leader of Jamaat-ul-Ahrar, namely Mufti, is planning to send eight or 10 terrorists from Afghanistan to Karachi. They are planning to carry out a major attack on the Karachi Stock Exchange this month. It is therefore requested to take necessary action into the matter.”

Once the letters were received, police and Rangers held a meeting to develop a strategy in order to deal with the threat.

Officials told The News that people who participated in the meeting have decided to heighten security for educational institutions in the city along with an intense crackdown on terrorists and criminals.

Jamil Ahmed, DIG South told The News that extra police personnel will be deployed for security, especially in sensitive locations.

He also added that police patrolling has also been increased outside schools. The official also stated that he was in the contact with the administration of the schools.

The official said police were also checking the availability and functioning of CCTV cameras installed at schools.

“Response teams have been formed to assist school administrations in case of an attack and a standard operating procedure has also been issued to schools to inform them about the steps they should keeping the treat in view.” he stated.

Following the attack on the Army Public School Peshawar, the Sindh Police Department has come up with an action plan for schools and other educational institutions.

According to Abb Tak News, it has been reported that schools are going to function on half day basis from the 14th to 23rd of December i.e. 8.00 am to 10.00 am.

In the action plan, the police ordered school administrations to activate the emergency alarms and immediately call CPLC emergency numbers or 15. Parents’ networks are also to be activated.