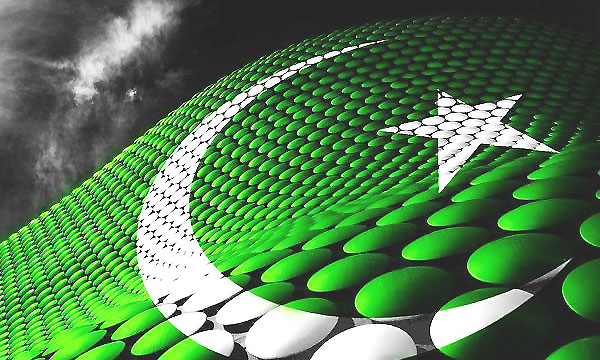 Faisalabad based martial arts teacher, Zohaib Shah, is all set to commemorate this Independence Day by creating a gigantic flag.

Having started the project three months ago, small-time, school teacher, Zohaib Hussain Shah, had always wanted to celebrate his nation’s Independence Day in a unique way. With the help of friends and his students, Shah is working on creating a flag 5000 feet long and 32 feet wide.

According to Shah, as reported by Express Tribune, the preparation of the huge flag required 585 thaans of cloth and 12 cones of thread.

The gigantic flag will be hoisted on Independence Day this year at a flag raising ceremony in Faisalabad. Ahead of the ceremony, Shah also plans to organize a rally during which participants will carry the flag from Iqbal Stadium to the popular Zila Council Chowk.