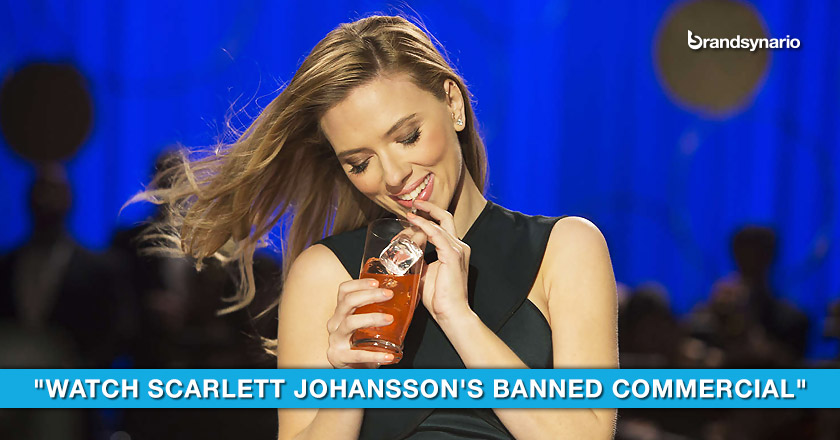 The sensuous Scarlett Johansson, who is infamous for her seductive features with the ‘Avengers’ classed action-sequence skills, recently featured in a SodaStream commercial, which was supposed to be aired in the SuperBowl spot on Fox and other mainstream satellite channels. The add, however was not able to see sunlight for long, as it got taken down by Fox.

No, it wasn’t because Scarlett Johansson did anything obscene (sadly). In fact the cleverly made Ad, has nothing in it that could lead to a ban but ‘a line’. Let’s have a look at the banned Ad so we could have a better view of things:

Yup, you heard it Right – She said “Sorry Coke and Pepsi”.

The ‘do-it-yourself’ soda maker took a rather direct conversational tone to two of the world’s largest beverage manufacturers, a consequence was inevitable.

The satellite Channel, Fox, killed the ad saying it was “afraid of Coke and Pepsi,” SodaStream CEO Daniel Birnbaum comments in one of his interviews.

The question thus comes to mind is which advertiser in America (or anywhere else in the world, for that matter) doesn’t mention its competitor?

After all, the ad has indeed accrued more than 2 million views since its release on YouTube a few days back.