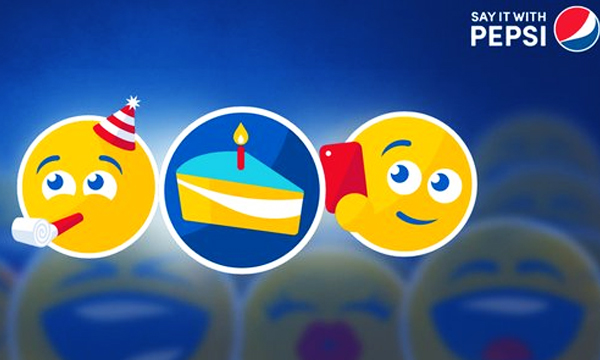 Launched with an aim to express emotions without words, the #SayitwithPepsi campaign has been a hit in Pakistan and other international markets. The witty bumpers with colorful emoticons instantly lift up one’s mood and make the bottles look eye-catching. The social campaign that started in November 2015 has gained momentum with multiple videos and new bumpers every day.

Pepsi Emojis campaign has got the ‘millennials’ covered through everything that matters to them. From fun videos, cool merchandise, great activations to an exclusive customized keyboard (available for iOS & android). Pepsi has gone big with Emojis; and the best part – Pepsi truly made the best set of Emojis out of any brand to-date.

Once in Pakistan, the interactive campaign made a buzz in the local market with customized emojis and videos. Few cool ones that instantly caught our attention were the tribute to the father of the nation on Quaid Day, 2015.

The new year emoji video also lit up the social media pages with its dancing bumpers and fireworks:

But the best one that has truly made us yearn for the winters is the cutest of the lot! With emojis dressed up in winter wear and ready to have some fun – this one reminds us of the much-needed trip to the Murree hills.

Are you following #SayitwithPepsi campaign like us? Tell us which emoji do you like best in the comments below!