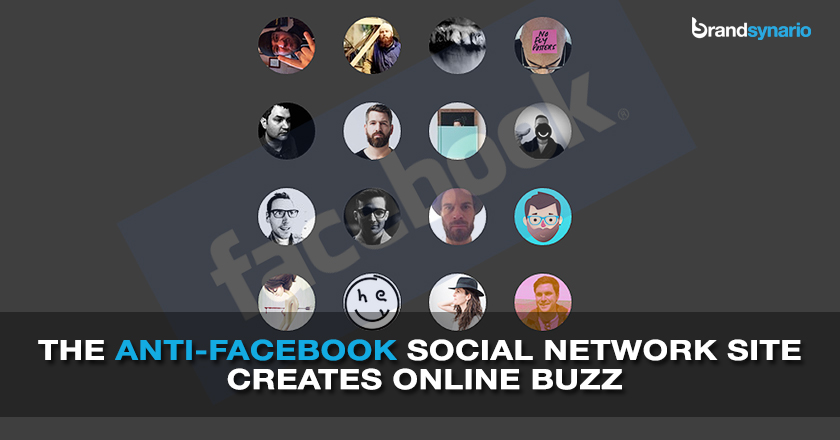 An alternative to Facebook, the new ad-free social network Ello, with a ‘You are not a product’ manifesto, has created quite a buzz recently.

The social network giant, Facebook, has quite some competition by the new social media on the block, Ello. It is being said that Ello is ‘Anti-Facebook’ because of its excellent policies on privacy and the fact that it is advertisement free.

While Facebook continues to be a popular network in most countries, it is losing its stance because of the influx of advertisements on the users’ newsfeed and the fact that its privacy policies are all over the place. As an answer to the frustrations of Facebook users, Ello launched a private social network, with a promise of never selling user data.

Ello was found by the popular art toys retailer, Paul Budnitz, in March 2014. The new social network did not become known until recently in September 2014, when Facebook enforced the ‘name change’ policy, where the users were required to use only their legally documented names.

This affected the LGBT (lesbians, gay, bisexuals and transgenders) community the most, since the artists from this community preferred to be identified by their names used in the entertainment industry. Others such as writers using pseudonyms were also agitated. Refusal to change this policy caused many of Facebook users to find and start using Ello, a social network that allowed anonymity.

Ello is currently only invitation based, focusing mainly on artists and designers. However, the popularity of the network has resulted in its invitation being sold at a price of $500 and over at eBay. Reportedly, the recent surge in its popularity has resulted in the invite requests being generated at 35,000 per hour.

The network allows mentioning other profiles like we do on Twitter and allows you to post pictures with long or short descriptions as you will. The settings and customizations needed to create the profile are quite minimal and instead of the traditional friend requests, you get to follow other’s profiles. You can select what you prefer seeing and what interests you less, by marking the profiles as “Friend” or “Noise”.

Those tired of Facebook’s intrusive advertising policies are welcoming Ello’s manifesto of the social networks being ‘a place to connect, create, and celebrate life’ with full enthusiasm.