Home Articles Save the Children of Syria: A Heart-wrenching Ad Campaign
Advertisement 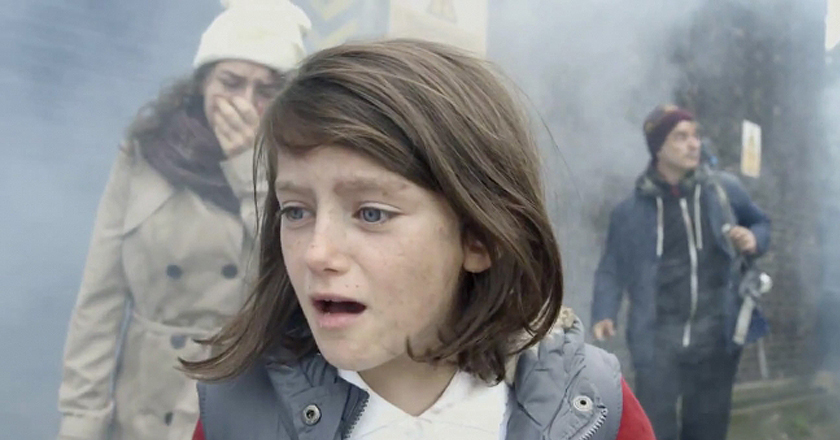 With the war entering its third year, Save the Children foundation, UK finally released an ad depicting the misery of war and its devastating effect on little children.

The video which is of a total of 90 seconds shows a middle-class family with the girl given the central importance. The footage opens with the girl celebrating her birthday with her family and friends. She is later shown doing various activities that are normally done by children like playing, cycling, going to school etc.

However with each passing action, the beginning of war is shown till the family runs out of resources like medicine and water with their financial position getting weaker.

The turning point however comes when her house is bombarded resulting in the death of the father and the girl ends up at the camp with blank expressions.

She is later given a small cake for her birthday and with tears streaming down her face, she is unable to make a wish, showing how her whole life has turned within one year.

The director of brand and communications at Save the Children, Jack Lundie was reported as saying, “It’s easy to forget that Syria was a middle income country, where children enjoyed the benefits of education, healthcare and the other basic rights our children take for granted-not to mention Facebook accounts, video games and youth culture.”

He further added, “We hope the video will resonate with the public, particularly those who don’t know much about the situation in Syria, and offer a new perspective on the devastating impact this conflict is having on innocent Syrian children.”

More than 100,000 have lost their lives and 2 Million people are now refugees in the wake of Syrian Crises and the video aims at shedding light on the subject which is has still not stirred the authorities.