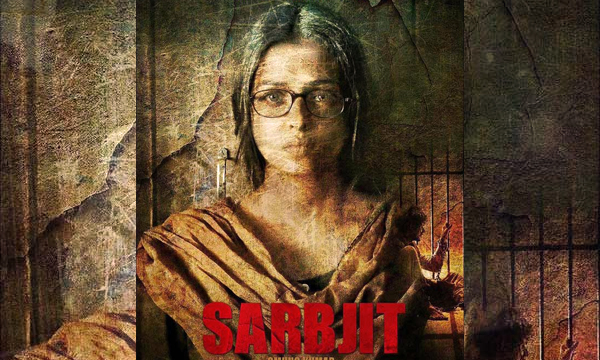 UPDATE: The Sarbjit actor Randeep Hooda lost his temper at the grand premiere of Sarbjit held in India after a reporter constantly kept provoking him with a question about Aishwarya Rai Bachchan.

The actor who played the character of Sarbjit Singh was questioned whether his role and acting is being overshadowed by Aishwarya Rai Bachchan, playing the character of Dalbir Kaur in the movie.

Randeep snapped and asked the reporter to “Shut up.”

.@RandeepHooda tells reporter 2 'Shut up' when asked whether Aishwarya will overpower him in #Sarbjit or vice versa pic.twitter.com/W3FMfUC4tw

“It’s your choice. You can say ‘no comment’ sir,” the reporter said.

“No comment, bro. Is that better?” responded Randeep before blowing him a kiss and biding farewell.

The makers of the controversial film Sarabjit that showcases the life of an Indian prisoner Sarabjit Singh held and killed in the Pakistani Jail after 30 years are now planning to hold the premiere of the film in Pakistan. The premier of Sarbjit may be attended by the lead cast Aishwarya Rai Bachchan, Randeep Hooda, Richa Chadha, and director Omung Kumar may attend.

According to Bollywood Life, the makers of the film are planning to hold an extravagant premiere in Pakistan; the complete cast of the film is also expected to visit Pakistan for the premiere. Meanwhile, a source revealed that the film Sarbjit has been given a clean chit for its release by the Indian Censor Board; it has also been given a UA certificate.

Sarbjit Movie Not To Release in Pakistan

The Board has asked the makers of the film to cut down some abusive words from the movie dialogues, else the film has been approved completely without any major cuts.

The premier of the film in Pakistan somehow seems crucial and a little doubtful, as the movie covers a controversial subject based on Sarbjit Singh’s imprisoned life in Pakistan and his sister’s 30 years struggle to release him from the Pakistani jail.

The film was recently premiered at the Cannes International Film Festival this weekend; the stars of the film also visited the KARA film festival in regards to the release of the movie.

With such a controversial yet an interesting subject of the film, will the makers and stars of the film be able to achieve the desired goals, acclaim and acceptance from all over the world especially in Pakistan? Well! You have to watch it to know!