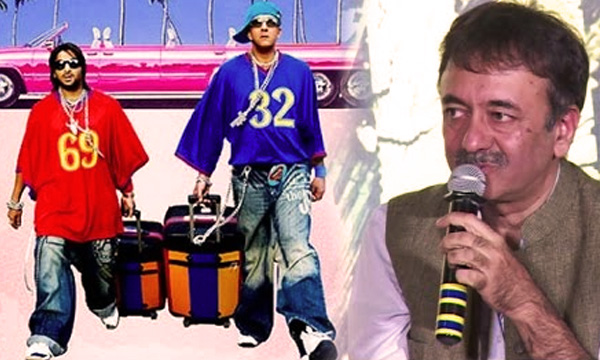 The Indian filmmaker, Rajkumar Hirani who has given mega hits to Bollywood over the past years has confirmed that the Munnabhai series will not be making the third part to the movie, Munnabhai Chale America!

The entertaining series were a major hit and this news surely is disappointing for the fans. He had made the announcement back in 2010; however the movie got stalled and Sanjay Dutt got arrested in 2013.

It was assumed by fans that Hirani will start working on the third sequel to Munnabhai series after Sanjay Dutt is released on February 25th 2016. The sad news is that this will not be the case anymore. Hirani has made a comeback to big screen Saala Khadoos, starring R Madhvan. He however told an entertainment website that the movie has been scrapped since he was dissatisfied with the script.

However, the silver lining is that he and a renowned script writer Abhijat Joshi will be working on the new script.

Hirani said, “Munnabhai Chale America isn’t happening. We couldn’t develop a script for it further. We have scrapped it. We are working on a new script for the third part. Abhijat and I have few ideas. We have discussed it and hopefully we shall be ready with it.”

Regarding a fresh script for Munnabhai part 3 he said, “Yes. I have 3-4 subjects in mind. We shall develop it soon. For now we are working on Sanjay Dutt biopic. But Munnabhai third part will surely happen.”