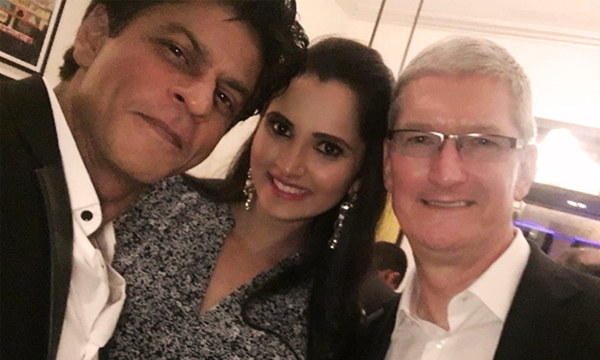 An autobiography based on the Indian tennis star Sania Mirza’s life named ‘Ace Against Odds’ is all set to be formally unveiled by none other than Bollywood’s superstar, Shahrukh Khan today in Hyderabad.

The book chronicles her life from a toddler stage to the present including her many struggles, sacrifices and successes. The book hit the stands just a week ago.

“It is her own idea to pen the book and it took almost five years to compile,” said her father, Imran Mirza who has also worked on the book along with the tennis player. The book has been published by Harper Collins. The star of recent hit, Sultan has been roped in to launch the book in Mumbai.

“It is her book and her views and covers till this point of her life. It also touches on all the controversies of her life…everything has been covered…on her life including her career,” he also commented.

“The story, with 40 chapters starts from the time when she was four or five years old till date,” informed Sania’s father.

We are kind of excited for this one!