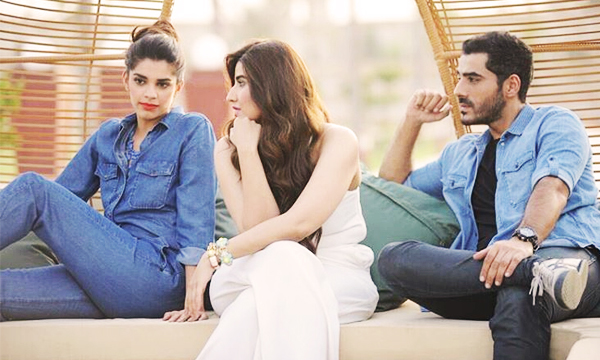 The Dream Team from the upcoming Pakistani movie ‘Dobara Phir Se’ set the temperatures soaring high in their latest photoshoot for September issue of Pepe Jeans Pakistan- the official franchise of Pepe Jeans, a globally acclaimed denim, and casual wear jeans brand, sought after by fashionistas across the world.

A post shared by Modern Pakistani Elites (@modernpakistanielites) on Aug 28, 2016 at 3:16am PDT

The latest buzz in media was when the Pakistan American-born socialite, Faryal Makhdoom became the new face for Pepe Jeans Pakistan. The Break Your Jeans collection was exclusively designed by Faryal herself in collaboration with Pepe Jeans Pakistan.

Faryal Makhdoom Is the New Face of Pepe Jeans Pakistan 2016

Dobara Phir Se is an upcoming romantic-comedy flick directed by Mehreen Jabbar, starring Adeel Hussain, Sanam Saeed, and Hareem Farooq. Adeel & Hareem steal the spotlight in the teaser- showing a couple falling in love and then out of love- the movie is not a typical cliched love story, rather a flick about giving second chances in love.